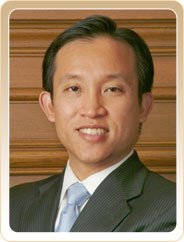 The Board of Supervisors has passed a watered-down version of Supervisor Scott Wiener’s legislation to prevent camping and sleeping in Harvey Milk and Jane Warner plazas, with Supervisor David Chiu  casting the swing vote.

The bill passed 6-5 after an amendment by Chiu that stripped the bill of a provision which would keep shopping carts and other “large wheeled conveyances” from entering either plaza. But initial reactions among opposition activists has been mixed.

“I think it’s fair to say that Supervisor Chiu gave an elegant compromise with his amendment… It’s very polarizing legislation within the LGBT community,” said long-time LGBT activist Gabriel Haaland. Haaland, who added that he would not have voted in favor of the legislation, said many were concerned about the impact it might have on homeless LGBT youth.

Likewise, Bob Offer-Westort, an activist with the Coalition on Homelessness (CoH) who was arrested Friday night after pitching a tent in Jane Warner Plaza, expressed his satisfaction with today‘s decision, saying the supervisors removed the most controversial aspects of the legislation while applying the Parks Code, which imposes less onerous obligations on those subject to citations.

However he tempered this by saying, “it’s still still onerous and bad policy to use the criminal justice system to address homelessness. …I am very glad that supervisors who were concerned about the targeting of homeless youth took a moral stand today.”

Tommi Mecca, an activist with the San Francisco Housing Rights Committee, was training new activists and had not been able to watch the board vote,, but said that he was disappointed that the legislation passed at all.

“My initial reaction is that it’s sad we have to have regulations at all. Especially in Harvey Milk Plaza. Harvey Milk Plaza is a symbol for the LGBT community… it was just a fun, free place,” Mecca said.

“I don’t think it should be illegal to sleep in a public place. If there’s an earthquake, people think it’s fine to sleep on the street. But being homeless is a crisis too. Public space should be public… The reality was that we did not have a sixth vote to kill it.”