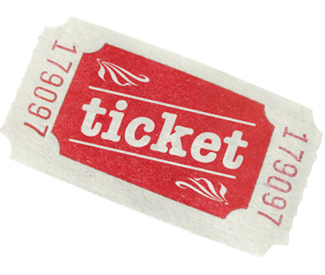 Burning Man is a hyper-collaborative event controlled by its tens of thousands of participants — except when it isn’t, as when policies are dictated by the six-member board of SF-based Black Rock City LLC. And that core conflict now has many burners seething, without tickets to this year’s event, critical of a badly designed new ticket distribution system, and wary of reassurances being offered by the LLC.

Two of the most influential board members — event founder Larry Harvey and Marian Goodell, who handles business operations and communications — called me on Jan. 27 to tip me off that the new lottery-based ticketing system had way too many ticket requests and to enlist my help to spreading the word that burners should remain calm, trust that there will be enough tickets circulating in the burner community, and avoid buying from scalpers.

They were confident that people were gaming the new system by registering for the maximum of two tickets and even using friends, family members, or secondary credit cards to improve their odds of getting some of the 40,000 tickets being sold for $240-390. “It’s big enough that we believe that all the demand for tickets is not new folks,” Harvey told me.

But they didn’t want people to panic on Feb. 1 when everyone who registered was to be notified about whether they were awarded tickets. So they’re quickly designing an aftermarket ticket exchange that will debut in a couple weeks and telling people to use it and refuse to pay more than face value for tickets.

“The secondary market is the community, and we don’t want people to feel they have a commodity in their hand that will help them make the rent,” Goodell said, chiding burners who are tempted to make a profit by saying, “You’re really hurting your community if you’re treating this like a commodity.”

But online responses to the news have been blistering, with many expressing frustrations at the unilateral approach the LLC has taken to leading such a collaborative culture.

“It’s exactly as expected. How anyone could have thought this would go any other way is beyond me. They should scrap the entire lottery and just open general ticket sales before more damage is done,” Christopher Bently wrote as a comment on my Facebook link to my Guardian post.

As a business person and owner of the Bently Reserve, which hosts many burner events, Bently isn’t a typical LLC basher. In fact, he’s such a strong supporter that the LLC last year appointed him a board member of the Burning Man Project, the new nonprofit entity that Harvey and his board created to take over operations of the event sometime in the next few years.

But Bently said the new ticketing system, about which he was not consulted, was a mistake. “The second I saw it announced, I knew there would be problems. It didn’t seem very well thought out or planned out,” he told me.

This is just the latest in a string of missteps by the LLC in the last year, as many online commenters attested. First, people were mad about how the LLC board is tightly controlling the transition to a nonprofit. Then they were mad that tickets sold out early last year, with little done to prevent gouging by scalpers. And then they were upset with the new lottery-based ticketing system.

In each case, the criticism was the same: why isn’t the LLC enlisting help from its community to create better systems? For example, when I asked Harvey and Goodell last year why they didn’t create ticket registration and aftermarket systems to prevent scalping -– a question I reiterated this year regarding the new system -– they said they just didn’t want to take that step, that it was too difficult, and that everything would work out.

But now, people’s faith in their leadership and reassurances is being tested once again. Yet they don’t seem to acknowledge their mistakes or need for help, except perhaps in Harvey’s vague statement to me that, “If we have it to do over, we might do some things differently.”