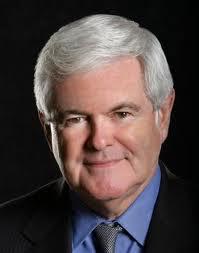 Actually, more likely Newt Gingrich, Scorched Earth Opportunist, but whatever, we’ll take it: Newt — he the friend of plutocrats and one-time lobbyist for predatory lenders — is launching an assault on Mitt Romney, calling him, in essence, a capitalist pig who exploits the workers.

The fact that it’s true makes the story even more fun. As does the fact that Romney has run so far to the right in the primaries that Obama — by any standard in serious trouble — now has a natural line of attack against the candidate most likely to offer him a credible challenge.

The Occupy Wall Street movement has succeeded in pushing the issue of the nation’s vast wage and wealth disparity onto the agenda of the 2012 campaign. While Republicans in the past have been successful in dismissing discussion and debate about the Third World levels of wealth concentration in the U.S. as unpatriotic “class warfare,” the inarguable facts about the massive gap between the wealthiest Americans and everyone else are now well-known by many mainstream voters, at a time when Romney stands as a central casting character representing the 1%.

Paul Hogarth at BeyondChron says that ” many of us wish that Democrats had the chutzpah to be this scathing and direct,” and I can’t argue with that. The good news is that the Newtclear Bombs in South Carolina will probably work: Romney’s going to win the nomination, and everybody knows it, but the blitz of revenge ads may wound Romney enough to convince the Obama folks that this is the line of attack to use during the general election.

In other words, Newt is pushing the Democratic party to the left, legitimizing the class warfare that the Republicans so love to denounce as unAmerican.

How much do we love this?