Home The Bonds trial: What a phenomenal waste 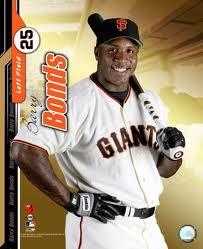 What a phenomenal waste of everyone’s time and money.

After eight years, millions of dollars in taxpayer money, and endless trees killed for newspaper stories, Barry Bonds was just sentenced to spend a month on his Beverly Hills estate.

If I take steroids and lie about it, can I spend a month there, too?

Seriously — other than the publicity the U.S. Attorney’s Office got for prosecuting the Home Run King, what has all of this accomplished? Are any of us safer now that Bonds has been forced to live under house arrest for 30 days and do 250 hours of community service (that he was going to do anyway)?

I’ve always agreed with Dave Zirin on this one:

After all the public money, drama, and hysterics, this is what we’re left with. He was “evasive.” Keep in mind that we live in a country where the US Department of Justice has not pursued one person for the investment banking fraud that cratered the US economy in 2008. Not one indictment has been issued to a single Bush official on charges of ordering torture or lying to provoke an invasion of Iraq. Instead, we get farcical reality television like the US vs. Barry Bonds.

Please: There are real crimes happening all the time, from war crimes to political corruption and fraud, things that actually change the lives of human beings for the worse. And the U.S. Department of Justice has proudly used our taxpayer money to send Barry Bonds home for a month.

I’m so proud of our justice system.