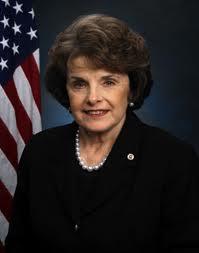 There’s a new name popping up in the cattle call that is the District Five supervisorial appointment. He’s not terribly well known in city political circles (his chief claim to local fame is serving on the Library Commission), but he’s got a powerful patron: U.S. Senator Dianne Feinstein.

His name is Michael Breyer. Yes, from that Breyer family.

In a Nov 30 letter to Mayor Ed Lee, Feinstein lauds Breyer and says he has her endorsement for the job. You can read the letter here (pdf).

Feinstein notes that Breyer’s grandfather, Irving, was chief counsel for the San Francisco Unified School District and that his aunt was a president of SEIU. She doesn’t mention his closer, and better-known, political connections. Nor does she mention that his uncle was a partner in a law firm that was once among the most politically connected in the city, run by William Coblentz, who when Feinstein was mayor was routinely considered one of the two or three most powerful people in San Francisco.

Among the great qualities the senator sees in Michael Breyer? He can raise money. “He can count on financial support from the high tech community and others,” Feinstein notes.

Would Ed Lee seriously consider someone who has this little local political experience and no real history of activism in the district — but really, really strong family political ties? I can’t imagine it. But Senator Feinstein isn’t doing this just for fun.