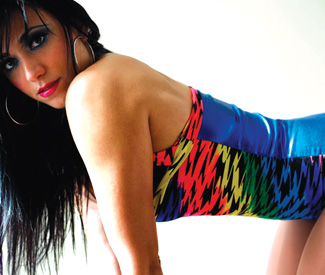 SUPER EGO So there is an official cocaine bar now — did you hear about this? (bit.ly/msI1Z) It’s called Route 36, it’s in La Paz, Bolivia, it serves up pure product — and apparently it’s frequented by a lot of British backpackers. It also sounds horrifying. First of all, because of course: drug wars killing poor people and destroying indigenous communities for rich kids’ amusement. Secondly, trapped with hyperactive, teeth-grinding, constipated Brits in a tiny backroom for days? Thanks, I’d rather be in a Katy Perry parody video on Fire Island in a rainbow mankini.

Thirdly, cocaine: really? We can do better than 2006, and we can do it American-style: in chains. Snort me awake when designer drug outlets Bed, Bath Salts, and Beyond or Hello Kitty Meow Meow open up in the mall. T.G.I.Premazepam! 7-hydroxymitragynine-11! Victoria’s Sativex! AppleBromo-DragonFLYbee’s! (Too far.)

SF’s DJ ambassador of quality techno (and Kontrol crew member) decamped to Berlin last year, but we won’t hold that against him — anymore. He’ll deliver the warm fuzzies and hot strokes in a homecoming set to launch his new label “Bad Animal” at the Housepitality weekly. Oh hey, free food too!

Does it really take a gorgeous and gorgeously toned white lady in fluorescent Danskins from Chicago to revive old school NYC club kid and voguing culture — via serious aerobics (“Houserobics”)? No, but we’re nuts for her anyway. Ms. Lily shakes your tailfeather with a gaggle of dragsters and hosts Carnita and Heklina at a party called WERK.

New venue alert: the kids from much-missed Triple Crown (and some impressive others) continue to give us the royal treatment with Monarch, down in the old Room-Lit-Pow! space. Classic SF house and disco re-edit slinger Spun breaks in the floor.

Psychedelic garage rap mayhem, with some electronic instrumentalism and rock thrown in? Truss me up and roast it, let’s do this. Wide-eared local beats producer Al Lover celebrates the release of his new cassette mixtape, “Satanic Tambourines.” Sleazy-fuzzy band Burnt Ones, country rappers Fist Fam, and disco punker POW open up.

Set your basters to boom-tastic for SF’s only weekly dubstep party — and it has nothing to do with Burning Man! Residents Nebakaneza, Johnny 5, Mr Kitt, Foobz, and Ro Knew wobble your knees for free.

Ed Handley and Andy Turner’s work together in the 1990s as the Black Dog was stellar, helping to define IDM and protect techno’s standards in an age of crass commercialization. They continued that mission as Plaid, and new album Scintilli is definitely rave-worthy. They’ll be backed by delicious Austrian DJ John Tejada.

I’ve been keeping this too cute alternaqueer-friendly indie pop monthly under my man-hat for far too long now. Since it’s going all charitable this month, I think it’s time to spring it. As part of the whole Movember thing (us.movember.com), kids with mustaches get in free — and donations and proceeds will go toward prostate and testicular cancer awareness and prevention. With DJs Key&Kite and Haute Toddy. Grow it, baby!