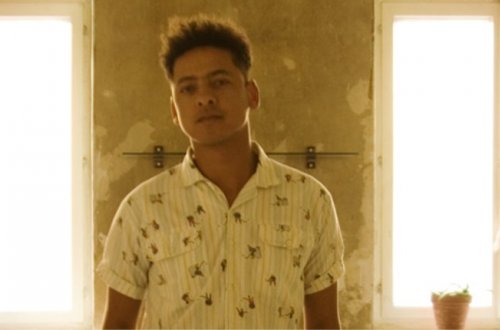 SUPER EGO Lately I’m loving, loving, loving all the undergrounds that have sprung up like little glowing polka-dot Mario mushrooms on the sodden Donkey Kong log of our 2 a.m. curfew — and those little glowing mushrooms have tiny ironic gold-tipped canes and shimmery faux-snakeskin dresses and kicky handbags with pictures of other kicky handbags on them and those totally fly winged Adidas high-tops like in the Rocky A$AP video, but not worn like they’re trying far too hard to get a record deal. Because who needs a record deal? Not fluorescent afterhours Mario mushrooms, that’s who doesn’t.

Alas though, I quit smoking cigarettes a year ago, just to live, and I’m finding it hard to dance my way through the nicotine clouds that populate many extralegal spots. And while nothing could equal the cancerous onslaught that was Europe earlier this year (remind me never to tell you about being trapped in a Berlin anteroom with 200 chain-draggers while the police raided the bar outside), our persistent intake still gives me a lung sad. I know “the ’90s are back!” but here’s three things that retro can leave behind: meth, AIDS, and my hair smelling like the inside of Keith Richards’ mouth-hole every morning so I puke. Also, Stone Temple Pilots. Sorry! 🙁

Lisbon-via-South Africa’s Alan Abrahams splits his performing persona in twain. Portable is his more experimental techno half, rich in atmospherics and heady references to African rhythms, both native and contemporary. Bodycode, meanwhile, is more explicit in its references to soul, funk, and even ’80s robot rock, with live vocal sampling and “a more body-moving aesthetic” as he terms it. Put them both together and the sum will transcend the whole at the warm and lively weekly Housepitality party.

Amazingly crazy attire and behavior is always encouraged at the monthly Dial Up parties at Public Works — but wear something you can sweat through this time around as one of the best-known ambassadors of San Francisco’s dance music community takes to the tables. His SpaceTime Continuum guise was super-influential in the 1990s, marrying sharp tech intelligence to ambient cosmic funk. (The revived STC has been killing it at festivals this year.) I adore his ongoing abstract, jazzy electronic-instrumental project with Heidelberg’s Move D., called Reagenz, not quite as much as I adore his lovely wife, writer and longtime SF club muse Billee Sharp. Give it up for some real Bay underground.

After a long absence — during which I’m sure they rescued Princess Zelda and slew a herd of 8-bit ostriches — the original local future bass duo of LL and Lando Kal (a.k.a. Antaeus Roy and Bryan Rutledge) is back to warp the woofers in a psycho hip-hop from outerspace Gameboy way. They’ll be joined by the mesmerizing master of the MPC, Araabmuzik: seriously this dude is a powerhouse of filthy buttonpushing pleasure live. Plus Lunice, Satori, Bogl, and more for an insane all-night party called Witness.

Detroit gets all the OG techno press, but its Canadian sister across the river, Windsor, Ontario was a hotbed of electronic dance creativity, too. Lauded Plastikman Richie Hawtin hails from there, of course. (He just released a lavish Plastikman 16-CD retrospective accompanied by a coffee-table book called Arkives that recounts the early Detroit-Windsor warehouse scene. Your crazy raver aunt will freaking go nuts for it, www.plastikman.com/arkives.) Now Hawtin’s excellent partner in Canadian tech-crime in those early days, John Acquaviva, is getting back into general circulation as well, with a string of well-regarded tunes released this year. He’s landing at Mighty with the “we.are.definitive” tour, which pays homage to his seminal Definitive Recordings label, launched in 1993 — look up “House For All” by Blunted Dummies and you’ll know what I’m talking about. Joining him for some good ol’ Windsor wig-out is current Definitive partner Olivier Giaccomotto. We’ll miss original Definitive kid Karl Kowalski, but these two will surely hold it down for the W.