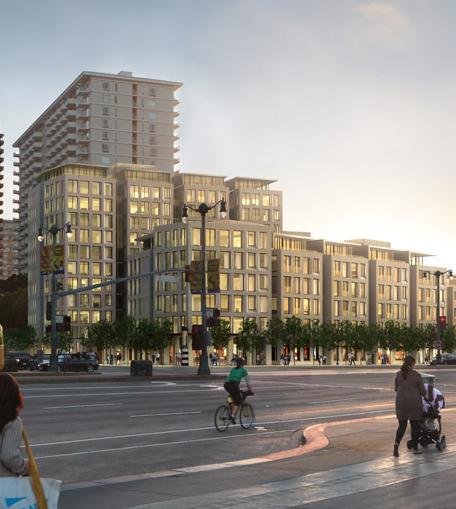 While the 99 percent are fighting to hold onto a crowded encampment at Justin Herman Plaza, two new condo projects are moving along in San Francisco that would give the one percent specatular views from their mulitmillion-dollar homes on the waterfront.

And as much as OccupySF has been a challenge for Mayor Ed Lee, his administration’s response to giving choice parcels to some of the wealthiest people in the country will test his housing policy and his political independence.

The Port Commission is holding preliminary meetings on the 8 Washington project, which is about as direct a conflict with the city’s General Plan and housing needs as anyone could ever imagine. The developer wants to build 165 of the most expensive condos in the city’s history, aimed entirely at the very, very rich. Many will no doubt be used as pieds a terre for people who will live in San Francisco only a few weeks of the year. The project will do nothing to address the desperate need for affordable housing and housing for the middle class.

Rose Pak, the Chinatown business consultant who was central to Lee’s campaign, told me a few months ago that she supports the project. Marcia Smolens, one of the city’s top lobbyists, is working on it. There will be big money and clout pushing this — even though there is no rational reason why San Francisco should ever approve it.

And while BeyondChron claims that gentrifcation and overdevelopment isn’t so much of a problem these days because “financing … development is more difficult than ever,” the developers don’t seem to have noticed. A Nov. 11 story in the San Francisco Business Times (you can only get a few paragraphs if you don’t subscribe) explains that “developers are starting to plan new projects again after more than three years of inactivity” –and one of the biggest is a 284-foot, 160 unit residental highrise at 75 Howard Street. There’s a parking garage now on the site, which would be demolished to build condos that one expert told the BizTimes would sell for 1,000 a square foot.

So we have two major waterfront projects — both of them high-end luxury condos, both of which would have just lovely views of the OccupySF encampment — moving forward while the barricades go up and the mayor decides when to evict the protesters. A classic battle for the soul of the city. Who’s side will Ed Lee be on?