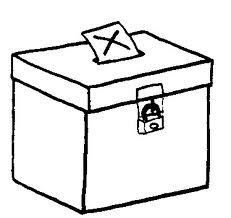 With the release of precinct results for the 2011 election, we are able to actually see, for the first time, what San Francisco voters did, as opposed to hearing what various nabobs said they did.  There are a couple of key conclusions about the vote that should guide any left-liberal thinking of the key 2012 Supervisor races.

The first thing San Francisco voters did- about 40,000 of them-  was stay home.  Turnout – about 40% – was the lowest for a mayor’s race in 40 years. Moreover, counter to several “expert” narratives, turnout in neighborhoods with large numbers of Chinese voters — Chinatown, the Richmond, the Sunset, and Vis Valley — was lower (average 33%) than in neighborhoods with few Chinese voters — Diamond Heights, Noe Valley, the Castro and West of Twin Peaks — where turnout averaged 40%.

There seems to be four reasons for this curious outcome. A couple of them have lessons for us for the 2012 election that we ignore at our peril.
First, in a City that is clearly center-left, voters were presented with nine center-right candidates, seven of whom were declared by the Chronicle at one time or another to be “serious.” Only John Avalos was a clear center-left choice. This was shown in the huge number undecideds that appeared in poll after poll. Undecided voters are often unhappy at the lack of choice being offered by the field and simply don’t vote.

Second, professional campaign management of the supposedly serious candidates was terrible and actually counter-productive to their candidates’ best interests. The pros actually seemed to have suppressed turnout in key neighborhoods. Ace Smith and Bill Barnes, working for for Ed Lee, spent most of their time trying to distance their candidate from his base and key supporters, made rookie fund-raising mistakes time and again and gave their counterparts in the Yee and Herrera campaigns ample ammunition for a  series of negative ads and mailers.  John Whitehurst and Mark Mosher, working for Herrera, and Jim Sterns, working for Yee, took the opportunity and went negative on the least threatening figure in San Francisco politics in recent memory.

As we all know negative campaigns generally suppress turnout — and that seems to be the case in this election. Avalos, who after September had no professional management, stayed positive and gained votes by doing so.

Third, organized labor, for the first time in living memory, did not endorse the winning candidate for mayor. Indeed, its official candidate, Yee, came in FIFTH. It’s as if labor decided to concentrate only on its issue — pension reform — and devote no energy, people or money to the myors race. Without labor’ support,effective GOTV in left-liberal neighborhoods is all the more difficult and was clearly beyond the ability of the Avalos campaign to carry by itself.

Labor knew who it wanted to vote on pension reform and narrowly focused only on those voters. That it still has the ability to do electoral politics can be seen in the fact that more total votes were cast on  Proposition C (186,336) — labor’s pension- reform measure –than were cast for all candidates in the mayors race (179,888).

Finally, there were 160 fewer polling places this election than last year, and to make matters worse the Department of  Elections mailed 115,000 voter handbooks with the wrong polling place address causing them to send postcards with the corrections. While this in no way was responsible for the 40,000 fewer votes cast, it was probably worth several hundreds of missed votes.

The lessons for next year? We need good candidates who actually align with political sensibility of the voters. This will be especially true in District Five after Mayor Lee appoints some center-right clone in the most left-liberal district in the city, and equally true in District Three with David Chiu, who has certainly turned to the right since his election.

Supervisor David Campos in District 9 will be fine in this regard as will Supervisor Eric Mar in District 1 — where he will face a real fight.
Avalos’ showing in the mayors race should do him well in District 11 and offers a real chance for him to be board president in 2013.
Community-based left-liberals and labor must come together closer than in this election and perhaps closer than at any time since the Great depression. Labor’s support for the Occupy movement is a good indication that fruitful common ground can be found. We need each other more than ever in 2012.

We need to work to get good lines for the new districts and have a grand meeting of the minds on how we address the absentee voter issue.  Both labor and the Mirkarimi campaign did absentees well enough to win.  We need to apply their lessons to the Supervisors races.

Dare to struggle, dare to win.

Calvin Welch is a housing activist who has been watching San Francisco elections for more than 40 years.