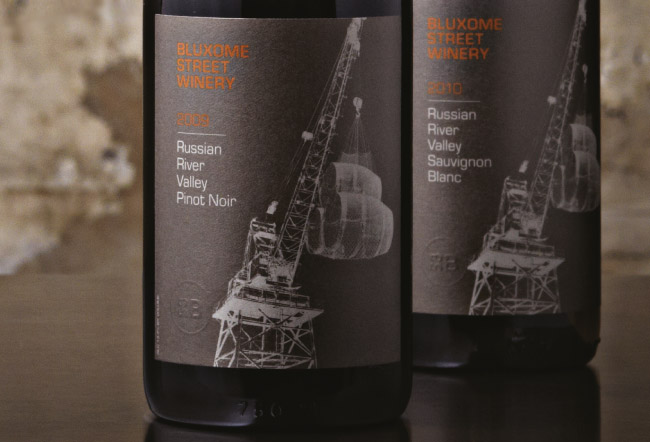 APPETITE The wine scene never rests, particularly during harvest time. Besides traveling to Bordeaux for harvest a couple weeks ago (where I picked grapes with the harvesters one day in Sauternes), and continued weekends in Napa and Sonoma, I’ve been savoring the city’s latest wine bars, wine books, and a rare panel for Robert Mondavi staff of key Napa winemakers discussing Napa’s premier soil.

Alongside the best wine bar openings of 2010 — like Barrique (www.barriquesf.com) and Fat Angel (www.fatangelsf.com) — there are the new Barrel Room (www.barrelroomsf.com) in the old Hidden Vine space, and the new Hidden Vine (www.thehiddenvine.com), near the Transamerica Building.

But for city-produced vino, I’d head to brand new Bluxome Street Winery (www.bluxomewinery.com). Reclaiming a SoMa winemaking heritage they say was thriving pre-1906 Great Quake, the Bluxome crew grows their own grapes within 100 miles of SF, producing a handful of whites and reds, from Sauvignon Blanc to Pinot. Tasting through flights of each, I found all balanced and interesting, particularly a Chardonnay, which reigns in typically over-oaked California qualities for a pleasantly acidic, well-rounded white. In the tasting room, sit in front of giant windows overlooking production of the wine you’re tasting.

GRAND CRU AT TO KALON

This summer I spent an unforgettable weekend with Robert Mondavi staff at Mondavi’s To Kalon vineyards, where vines were first planted in 1868. Mondavi’s master of wine, Mark de Vere, deems this land, “the preeminent Grand Cru [exceptional growth] site of Napa since the 19th century.” At the cost of more than $40,000 per acre, it’s outrageously expensive land. But to the winemakers who each claim a plot of it, they say it produces some of California’s (and the world’s) finest wine, reflective of the unique terroir of Napa.

A panel of six To Kalon winemakers (including Mondavi’s Genevieve Janssens, a Frenchwoman named 2010 winemaker of the year by Wine Enthusiast) mesmerized me, discussing how Napa is reaching maturing in the quality of vines, land, and winemaker technique. Tor Kenward, of TOR wines, said working with To Kalon vines is “intellectually challenging…. Despite price, it’s fascinating to work with.”

Sampling five To Kalon Cabernet Sauvignons side-by-side, each reflects similar characteristics pointing to the properties inherent in the land. Each also reflects winemaker style (these winemakers likewise produce wines from other Napa regions).

Standouts were Carter Cellars 2008 Cab ($125 a bottle), with dusty earth and spice giving it profound character, balanced by bright floral notes. At a mere 185-300 cases a year, it’s truly a limited wine. The other was TOR’s 2008 Cab ($150, with 400-500 cases a year). A clean, mineral nose exudes light perfume, while it tastes of dark berries with gentle spice, vanilla, and a creamy finish.

As one would expect, these are pricey bottles, hovering between $125-150 due to immense land costs. Provenance Vineyards was the exception at $75 a bottle for its 2007 Cab, exhibiting notes of white pepper, vanilla, and berries. Provenance winemaker Tom Rinaldi may get flak for not increasing the price of his To Kalon wine to more closely match fellow winemakers, but he keeps costs low for reasons akin to benefiting from rent control: he secured an early contract and plot with an essentially fixed price. I admire that although he could be making double, he has chosen not to put this on his customers… yet. (His current rates will be re-examined soon.)

Each section hits a different part of the world in search of high quality, value wines. From South Africa to Sicily, wine terms and history are subtly slipped into stories about individual winemakers and pairing recipes. A cheery book cover belies Ms. Maclean’s skill with imagery (she’s won the M.F.K. Fisher Distinguished Writing Award and four James Beard Foundation Journalism Awards). For example, in her particularly engaging chapter on German riesling, she compares riesling as the “quivering … opera diva Sarah Brightman singing pop tunes… [with a] range [that] stretches far beyond what I hear,” to popular chardonnays as: “breathy pop stars who have to whisper the high notes.”