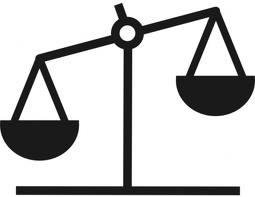 Fascinating oped piece in the Oct 23 New York Times by Alexander Stille about economic and social equality. He starts right out with the issue:

It’s a puzzle: one dispossessed group after another — blacks, women, Hispanics and gays — has been gradually accepted in the United States, granted equal rights and brought into the mainstream.

At the same time, in economic terms, the United States has gone from being a comparatively egalitarian society to one of the most unequal democracies in the world.

The two shifts are each huge and hugely important: one shows a steady march toward democratic inclusion, the other toward a tolerance of economic stratification that would have been unthinkable a generation ago.

Europe has maintained much more economic equality but is struggling greatly with inclusiveness and discrimination, and is far less open to minorities than is the United States.

Now: You can argue (and make a good case) that the dispossessed groups Stille talks about really haven’t won mainstream acceptance. But the fact is that over the past 30 years, this country has made considerable progress on the civil rights and social equality front — and has lost just as much ground or more in economic equality.

I don’t buy the hidden argument in here that social and economic equality are tradeoffs, that you have to give up one to get another. That’s ridiculous. And I think there are still times when race matters more than class. When you look at patterns of environmental justice, for example, you find that African American communities face far more toxic contamination than white communities — and income doesn’t seem to be as much a determining factor. In other words, middle class black communities have been dumped on more than poor white communities.

But I do think he makes an excellent point about class-based organizing in the U.S. It hardly exists anymore. And that’s something we all need to worry about.

The city is famous for its identify politics, and much of that is good. When Harvey Milk said that gay people should have their own supervisor, when Asians and Latinos and African Americans say they need to be represented in government, that’s not only valid but an important progressive goal.

But when we leave class, poverty, equality and economic justice out of the picture, or when we fail to make it a priority, we get what we have — a godawful economic mess.