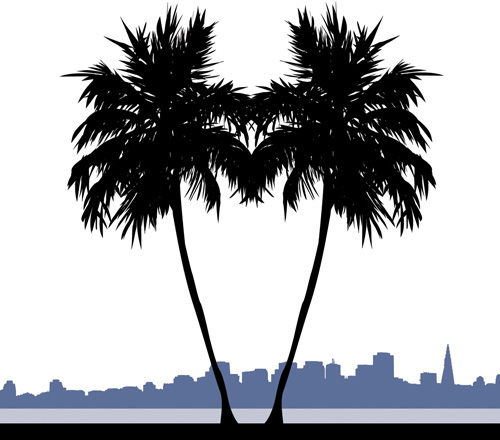 MUSIC Now in its fifth year, the Treasure Island Festival maintains a mystifying balance: it’s both big enough to attract larger acts (Death Cab for Cutie, Empire of the Sun), and small enough to make the event feel intimate (with eyes closed, it’s you alone dancing in the Silent Disco). There are rarely timing issues, one act stops, another begins. Precision and organization enrich a festival, whodathunk?

Traditionally, the fest has been split into days by genre — the more electronic-oriented acts go this way (Saturday), the rock’n’rollers go that-a-way (Sunday). As these distinctions have begun to blur — beats with guitars on Saturday, synths with tambourines on Sunday — it can all grow a bit perplexing. Who to see, what to do. Here are some notes to help you maneuver wisely through the festival, taking place Oct. 15 and 16 on scenic, wind-swept Treasure Island:

KUDURO TO YOU One of the best results of dancefloor globalization, Buraka Som Sistema (5:25-6:10 p.m., Tunnel Stage) has been off the radar for a quasar-minute. But did you really think a Portuguese collective who channels the past 25 years of underground dance music history through the irresistible beat of Angolan kuduro music would simply fade away? Naaah. They’re back with a choice new cut, “We Stay Up All Night” from forthcoming full-length Komba — and despite the inevitable association of someone named Diplo, Buraka’s rough edges and raw fire are still thankfully intact. We don’t think we’ve ever seen a more energetic live electronic stage show than the quartet’s appearance here after slaying Coachella in 2009.

EVEN DIZZIER Funny thing about Dizzee Rascal (4:35-5:25 p.m., Bridge Stage). Leaping out of the UK 2-step scene at the beginning of the century with square biz album Boy in da Corner, he became one of the thrilling monsters of grime alongside rapper the Streets. But whereas the Streets sank deeper into the shadows of obscurity, releasing occasional brilliance via Twitter, Dizzee just went for it by shamelessly co-opting poppy Euro-dance and rave-revival sounds. Two years ago, he joined with Armand Van Helden — a polarizing blast from the ’90s who cursed us with that “Barbra Streisand” earworm last summer — to put out perfectly mindless smash “Bonkers.” While Dizzee’s embraced the disappointingly clichéd role of “the nutty MC with the goofy accent,” he’ll certainly hype the crowd.

OZ ATTACK Somehow, Australia? Aussie dance band Cut Copy (7:55-8:45 p.m., Bridge Stage) revel in a kind of prim disco cosmopolitanism that chases ghostly emotions into catchy choruses. Meanwhile, at the other end of the bombast spectrum, Empire of the Sun (9:35-10:35 p.m., Bridge Stage) will climax the day. That positioning was a real headscratcher at first — outside of pleasant early single “Walking on a Dream,” Empire has barely registered on these shores, and when it comes to Australian dance representatives, the awesome Presets or (Kidman help us) pop juggernaut Sneaky Sound System would seem a surer choice. Until you get a load of Empire’s eye-melting stageshow, that is, which might accurately be described as “Alien Electro Sioux invade Vegas on a Giant iPad.”

BREAKFAST CLUB Locals, the always excellent/frantic-yet-danceable garage-punk act Thee Oh Sees (noon–12:40 p.m., Bridge Stage), featuring SF legend John Dwyer (Pink and Brown, Coachwhips, bicycling down the Wiggle), and everyone’s favorite gothic Jesus and Mary Chainers, Weekend (12:40-1:20 p.m., Tunnel Stage) — are playing pretty early in the day, like, barely after noon, so you’ll have to grab a hangover-curing Little Bird tofu breakfast sandwich to scarf down in the shuttles line just to catch the locals in time. And you should, both acts bring it. Have you heard Weekend’s 2010 output, Sports, and brand new EP, Red? Both genius. Luckily, the Bay Area bands play back-to-back, so you’ll be able to take a sleepy Ferris wheel spin immediately following the one-two sets.

ANIMAL ATTRACTION Wild Beasts (3:45-4:15 p.m., Tunnel Stage) seems on the verge of a major break-through, or perhaps, a blow up, possibly thanks to a recent Lady Gaga remix (“You and I”). The band, which makes a thrilling, uncompromising sound dubbed “erotic downbeat,” released third album Smother (Domino) earlier this year to critical acclaim, some lauding the band’s ability to include sexual moans into digi-art pop — Beasts indeed. On the less raw sex-oozing tip, there’s the sophisticated introspection of the other creature-related Treasure Island act this year, the Antlers (1:25-2:05 p.m., Bridge Stage), the shimmering Brooklyn act led by singer Peter Silberman’s warbly-intimate vocal crooning. So vast is the forest of sound.

NAME DROPPED Effervescent, gauzy-psychedlia layered Warpaint (2:05-2:45 p.m., Tunnel Stage) will surely bring out the preening masses. The former buzz band, with four — alright we’ll say it — stunning females, adorned typically in ’70s gypsy Stevie Nicks garb, and sounds that conjure both Bjork and Toro Y Moi, is bound to generate interest. Apparently so much so that Up All Night, a new Will Arnett sitcom about aged hipsters coyly slipped in the band’s name in episode two. What, if any, effect will this have on the Los Angeles quartet? Time will tell. But for now, expect the PYTs at Treasure Island front and center.

SUNSET SHAKEUP With a 7:40 p.m. start time (and assuming TI’s famous set-up exactitude), experimental Texas group Explosions in the Sky (7:40-8:30 p.m., Bridge Stage) should be laying it out thick right about the time when our fogged out sky trips pink with the final inklings of sunset. The instrumental outfit, much like the same-ilk Godspeed You Black Emperor, spins dizzying post-rock compositions of near-cinematic appeal, extra-long instrumental masterpieces that bleed directly in to one another. With all the building momentum and few spoken words from the band paired with a dying San Francisco sun, it would be a good moment to declare your undying love for whomever is by your side. Thud. You can’t force moments like these. The slowdown should transition nicely into classic road-trip rockers the Hold Steady (8:30-9:15 p.m., Tunnel Stage) and eventually, twinkling headliners Death Cab for Cutie (9:20-10:35 p.m., Bridge Stage).

The Guardian’s chief nightlife critic shall now gladly eat his or her words. A few years back, we got on Treasure Island’s case about its severely troubling lack of local dance music talent — not to mention local talent in general. Finally this was remedied last year by bringing in Silent Disco, local player Robbie MoPo Kowal’s genius brainstorm that’s pretty much taken over Bonnaroo and SXSW. Basically, a live DJ transmits his set to special headphones the crowd dons, and people dance frantically — wonderfully funnily if you’re just walking in. Continuously going in its own tent, Silent Disco (Sat, noon-11 p.m.; Sun, noon-10 p.m.) will feature DJ Dials, M3, Anthony Mansfield, Motion Potion, Platurn, Ground Control, and many more. Good on ya, TIMF. *