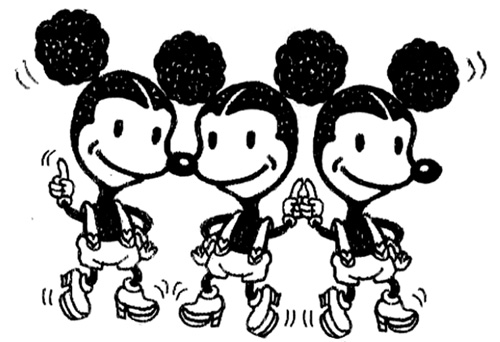 SUPER EGO It’s a busy weekend coming up — the rains may threaten, but dammit we’re going to eke out an entire summer of our own in the clubs. I love fake weather! It’s the future, like penicillin Mentos. So let’s get right into parties. A few quick words, though, about what I’m living for lately: outlandishly tasty five-dollar margaritas at El Amigo Bar (3335 Mission, SF), all-night vegan pizza at DNA Pizza (371 11th St.), DJ Doc Sleep and her mesmerizing deep techno sets — and absolutely zero of the Paris collections so far. I mean, they might as well just dump a Hummerload of Quaker on the runway and call it “oat couture” it’s so bland up there this season. DIY for 2012 indeed.

Shoegaze, dream pop, C86: The fine minds behind perfectly retro ’90s alternative party Debaser are launching this tribute to Creation Records and its ilk, rolling the heavenly oceanic sounds of bands like My Bloody Valentine, Chapterhouse, and (personal favorite) Curve as well as more catchy, twee expressions into Public Works for a new biweekly party. Don’t cut your bangs. Ever.

One of the hardest working DJs and groovesters on the scene, J-Boogie, is back with a third album with his live Dubtronic Science collective, “Under Cover” (OM Records) and jazzing up the hip-hop funk. He’ll be the perfect focal point for the spokes-busting monthly Bikes and Beats party, also featuring Fort Knox Five, Kush Arora, Max Tannone, and a lot of people with amazing thighs.

This UK duo may cling to the somewhat tired anonymity thing (does anyone really care who they really are?) but they’re my favorite recent musical act — going beyond mere re-edits of funk and disco classics to seriously chop the shit out of old tracks, run them through a blender, and then go back and Ronco them some more until they’ve become something quite new. “Gin Nation,” their Nude Descending a Staircase version of Imagination’s “Music and Lights” was my favorite track of last year: live they should take the crowd deep. SF’s own re-edit masters 40 Thieves make a rare live appearance as well at this party from the As You Like It crew.

LOVE WILL FIX IT

Oh, our fractured world! DJ Bus Station John aims to heal it with this new monthly at the Hotspot that showcases his extensive vinyl collection of funk, soul, and “R&B from A-Z, from ’77-’83,” as he puts it. I guarantee you’re going to hear some unrecognized cuts that will blow your mind (and feet!). Unlike BSJ’s gay-oriented bathhouse disco nights — RIP his infamous Le Perle Degli Squalor parties — all comers are welcome to throw down at this musical tribute to his youth. (Cell phones and other interruptive digital devices are still frowned upon, however. Verisimilitude!)

Recent single “How Deep Is Your Love?” by post-postpunk-dance (or what have you) pioneers the Rapture surprised with a contemporary club-friendly direction that still sounded unique: part Juan Maclean house revival, part baggy Madchester throwback, but still the work of a rock band whose performances can stoke a crowd that’s down for whatever. Which almost perfectly describes the Blow Up crowd: this edition of the wildly youthful and nubile Blow Up Forever party will be glitter-nuts as usual, the Rapture will beam it up. With Treasure Fingers, Fred Falke, Poolside, and more.

Following in the footsteps of live techno, live house music is making a comeback. (The difference? Better technology only recently made live techno an option for most venues, whereas live house music, with its more standard instrumentation, can basically be traced back to jazz.) Local musician Sen-Sei was one of the original residents of the 2nd Sundays party and is a wiz at accompanying a DJ, in this case Brian Salazar, with his keyboards and taking the music to cosmic places. He’s returning to close out the 2nd Sundays season — and those of you who know me know I would only recommend a 2nd Sundays party if the music was going to be exceptional. With Mark Farina and Honey Dijon, so you know.