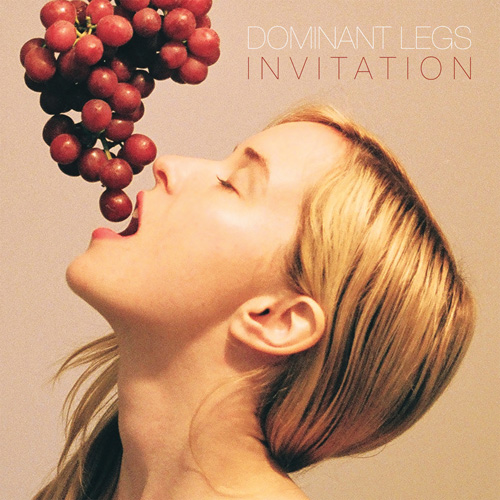 Midway through a tour with the Vaselines last year, Dum Dum Girls singer-guitarist Dee Dee was summoned home to say goodbye to her ailing mother. “I wrote the majority of the record after she passed away, within a few months. So I can only assume that’s why such a significant portion of the record deals with death,” says Dee Dee. That visceral catharsis comes through in songs like “Teardrops on My Pillow” and the yearning Mazzy Star-esque “Coming Down.” Less blue tracks like “Bedroom Eyes” bridge the gap between the Dum Dum’s upbeat reverence for Wall-of-Sound gems and more now, the Pretenders’ clean rock. What initially began as Dee Dee’s own lo-fi project, has grown into a fully functional band — all four women contributed to Only in Dreams, and the group effort shows, in honey-toned harmonies and crisp guitar lines, along with Dee Dee’s stirring vocals. (Emily Savage)

Tinariwen hasn’t released a bad record yet; in fact, everything it has put out reaches levels of transcendence. Soulful desert blues with the ability to hypnotize and sway bodies in ways that most Western psychedelic rock bands want so much to reach. Meditative guitars, sweeping rhythms, hypnotic vocals, chant and response refrains, all the elements that have come to define its sound, yet time and after time it delivers with such a commitment to excellence. This time out some famous folks from bands like TV On The Radio, Wilco, and the Dirty Brass Band appear at moments throughout the record, but its a testament to Tinariwen’s strong influence on these artists that they merely just add subtle touches and blend into its sound, instead of trying to upstage the group. Swaying back and forth has never felt so right on. (Irwin Swirnoff)

The luxurious, vintage-inspired cover of Dominant Legs’ Invitation is fully indicative of the sound within. Reminiscent of retro radio-rock like Fleetwood Mac and Bruce Springsteen, these sunny and nostalgic synth-pop jams arrive, fittingly, amidst San Francisco’s warmest stretch of the year. Founding member and Bay Area native Ryan Lynch began recording sincere, approachable songs in 2008 and was later joined by fellow San Franciscan Hannah Hunt on vocals and keys. Now a fully formed five-piece, Dominant Legs serves up lush, shimmering feel-good music with a melancholic undertone courtesy of Lynch’s delicate falsetto. Invitation has some bubbly dance tracks, a few smooth ballads, and a whole lot of reasons to fall in love with Dominant Legs. (Frances Capell)

There’s been no shortage of groups tapping into undeniably pleasurable sounds over the last few years, but for every cool-sounding witch house and glow-core record, the one thing that has been missing is a true sense of human emotion. On Work (Work, Work), HTRK channels the severe loss it experienced into an album that slowly and subtly glides you into a floating and mournful state of mind. Losing their bassist to suicide last year, and the producer of their last album to cancer, this is a group in the midst of severe tragedy who have channeled their heartache into a mesmerizing work of airy melancholy. Stripped down electronics, shoe-gazed and dazed vocals, secret melodies, and that indescribable sensation of closing your eyes and freezing time when the world around you is moving in miserable ways. This is sensual goth. (Swirnoff)