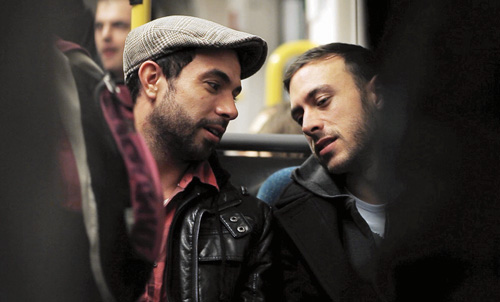 FILM Recent urban unrest in London and elsewhere induced the same shocked response England has rolled out some years now at signs of what’s been termed “Broken Britain” — as if it were a complete surprise that the poor won’t always be content to suffer in polite near-silence. Propriety and gentility may be shrinking in the U.K., but they still have a powerful grip on the nation’s sense of itself.

Similar tremors were felt five decades ago when things were at last waking up both economically and artistically after the long post-World War II slough. Back then, the “Angry Young Man” school excited international interest even as it triggered alarm and disdain from various native bastions of cultural conservatism. Alan Sillitoe’s Saturday Night and Sunday Morning (1958) discomfited many by depicting a young factory grunt who frequently wakes in a married woman’s bed, chases other available tail, lies as naturally as he breathes, calls neighborhood busybodies “bitches and whores,” and on one Friday night entertains himself by drinking till he falls down a pub staircase — deliberately. “What I’m out for is a good time. The rest is propaganda,” sneers beady-eyed Albert Finney in the 1960 movie version, airing his contempt for all things cozy, dull and complacent.

Today British movies (at least the ones that get exported) are still more or less divided as then, by a sort of class system. There’s the Masterpiece Theatre school of costumed romance and intrigue on one hand, the pint-mouthed rebel yellers practicing gritty realism on another. Except contemporary examples of the latter, from Fish Tank (2009) to Attack the Block now allow that Angry Young Men might be something else beyond the radar once tuned to cocky, white male antiheroes.

The “something else” is gay in Weekend, which was shot in some of the same Nottingham locations where Finney’s Arthur Seaton kicked against the pricks in Saturday Night. The landscape has changed — street level is now 14 floors down in a council flat building — but still nondescript, the boozy clubs still loud but with different bad music. It’s at one such that bearded, late-20s Russell (Tom Cullen) gets loaded, waking up next morning with a hangover next to no married lady but rather Glen (Chris New). You get the feeling Glen has been the guy a lot of Russells have woken up next to; he enjoys the upper-hand power of remembering more about last night than they do.

It would be unfair to reveal more of Weekend’s plot, what little there is. Suffice it to say these two lads get to know each other over less than 48 hours, during which it emerges that Russell isn’t really “out,” while Glen is with a vengeance — though the matter of who is more emotionally mature or well adjusted isn’t so simple.

Writer-director Andrew Haigh made one prior feature, a semi-interesting, perhaps semi-staged portrait of a male hustler called Greek Pete (2009). It didn’t really prepare one for Weekend, which is the kind of yakkety, bumps and-all romantic brief encounter movies (or any other media) so rarely render this fresh, natural, and un-stagy. Both protagonists are average in their way — even Glen’s cynical pretensions are pretty standard-issue, such that you might decide he’s full of shit if in more-kindly-disposed Russell’s position — but the somewhat improvised ways they talk and act aren’t banal or predictable, just credible. They fuck (the movie isn’t graphic, but it’s frank about stuff like wiping splooge off one’s stomach), do too much cocaine, argue, and face a paths-parting deadline imposed by the fact that Glen will shortly leave to study for two years in the U.S. This may not be true love, but even the frail possibility of that is enough to usefully unsettle them both.

Weekend makes its small but somehow stirring impact for a number of reasons, but not least because it’s British working-class anti-miserabilism — the Angry Young Man conventions so taken for granted that simply being working class no longer means anyone actually has to be angry. Despite a fag-baiting catcall or two, the problems these blokes face aren’t social (they’ve both got accepting straight friends, if not family) but internal. Two strangers connecting despite themselves is such an intricate thing it’s no wonder movies seldom get it this right. *