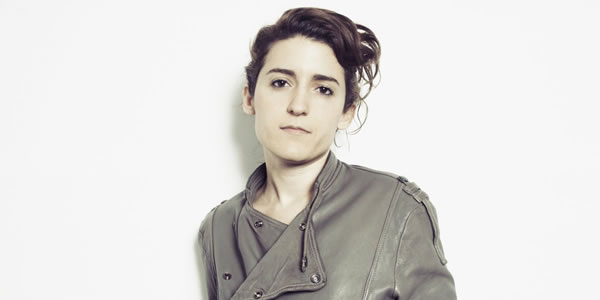 SUPER EGO Three of my favorite dance tracks this year were made by women: “What They Say” by Maya Jane Coles, “Yours” by Steffi, and “The L Word” by Deniz Kurtel. “Wow,” you say. “Three whole women. That’s practically a quorum!” I know, I know, but these were big underground hits as well — and it’s aces that tracks by females are getting more large-scale traction. A female DJ is rara avis enough in the techno man’s world. (I think of Cassy’s recent appearance at the oft-testosteronal monthly Kontrol party — you’d think a gorgeous alien from Jupiter had landed to school the boys in radical minimal sickness.) And I’m not gonna even try to count famous female dubstep or electro producers of the moment because I need those two fingers to delicately wipe away my tears of sadness thinking about it.

Kurtel, of Turkish descent, comes from Crosstown Rebels label and was introduced by the Wolf + Lamb crew. Her super-sexy, atmospherically funky creations are smart in an understated way, roping R&B vibes and post-minimal effects into sometimes haunting, always groovy memory loops. She’ll be here to DJ as part of the huge “Get Down and Get With It” party at Public Works. Last time she came through here she was excellent: go check her out if you can.

A surprising number of the DJ sets I still listen to from that jazzy-deep-lounge house period of the very late 1990s are from Pennsylvanian Yost — most of that Internet Bubble-era sounds a bit tasteless now, but Yost managed to balance complex musicality with dancefloor accessibility, appealing to both VIP vultures and those who valued sweat over status. His “One Starry Night” album might be the only introduction you need to the best sounds of those times; this party should be a good ol’ get-down.

It’s gonna be cold bonkers, y’all. Rave-reflecting undead wobble king Zomby’s “Where were U in 92?” album from 2008 pushed dubstep’s narrow niches into a territory best described as rainbow dread, warped air horns and all. With backup from Machinedrum, Nastynasty, and Distal, please don’t say we all weren’t warned.

The mashup maestros of quintessential weekly SF party Bootie are at it again, mixing Bavaria with burlesque for Oktoberfest. Flirtatious dancers Mica La Creme, Twinkletoes McGee, Sparkly Devil, Lady Satan, Gorillahosen, and many more will be doffing their dirndls as DJs Faroff, Mad Murdoch, and John!John! provide the sultry-wacky sounds. Plus: Oktoberfest brew specials. There’s a beer and strippers joke in here somewhere, but we’re too elevated to make it.