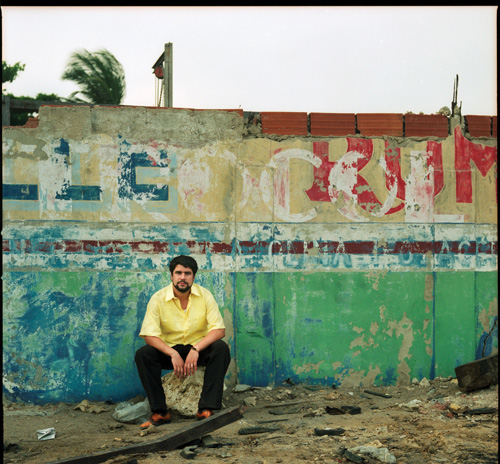 MUSIC I’ve never defended the idea of a “best of” record. Some anonymous curator is typically given the task of sifting out a musician’s hits from the misses, of establishing an artist’s definitive compilation once and for all. A fairly daunting project for judging something as fickle and varied as musical taste. So I have to admit I was skeptical when I picked up The Best of Quantic album put out by the British imprint Tru Thoughts earlier this month.

Best of? Quantic, a.k.a. William Holland, is only 31-years-old. And the talented producer, arranger, and multi-instrumentalist is hardly through with making music. Quantic has completed eleven records on Tru Thoughts in the span of a decade, ever since the label flipped his demo into The 5th Exotic, a fluid recording of instrumental grooves crafted from the percussive roots of hip-hop and the beat experiments of Brighton’s downtempo electronic scene. A track culled from that record, “Time is the Enemy,” launches the new retrospective into a geography of sound that Quantic has persistently navigated in unexpected ways — between the contemplative and the effusion of the dance floor.

Few musicians are as prodigious as Quantic, as methodical, as ready to throw away conventional formulas and risk leaping into the wandering spirit of rhythm. A couple years after his solid debut, Quantic abandoned strict sampling techniques in favor of forming a break driven funk group: the Quantic Soul Orchestra. Powerhouse songs like “Pushin’ On” and “Don’t Joke with a Hungry Man,” respectively featuring vocalists Alice Russell and Spanky Wilson, stamps The Best Of with the frenetic pulse of deep-in-the-pocket soul.

With a crate digger’s fervor, Quantic traveled to Ethiopia and throughout the Caribbean, absorbing and researching and translating the diaspora of the polyrhthm. Four years ago, he relocated to Santiago de Cali, Colombia — a city built from second wave 1950s Art Deco and the more typical mass concrete structures of the ’60s — where the radio still broadcasts Richie Ray and Bobby Cruz, and the boogaloo of 1968 saturates the air.

“I see Cali as a crossroads, almost like a test tube, or a gateway from the Pacific Coast [of Colombia] to Bogota,” Quantic tells me from his home, trucks rumbling in the background. “It’s a very creative place, although fairly unbeknown to the outside world.”

Once settled in Cali, Quantic reforged his orchestra into his Combo Bárbaro. In 2009, Quantic and his group released perhaps his most exhilarating album yet, Tradition in Transition, a testament to the vitality of percussive heritage on the fringes and yet in the subterranean core of the Americas.

“I wanted to really explore the side of music from Barranquilla and Panama City where you have bands playing soul, funk, salsa, cumbia, boogaloo … not necessarily one genre,” Quantic says. “What I appreciate in this music is that there’s tremendous diversity — culturally, ethnically, racially — and so many different rhythm experimentations.”

For his Combo Bárbaro, Quantic tried to synthesize precisely this kind of musical alchemy. He paired British drummer Malcolm Catto with frenetic Colombian percussionist Freddie Colorado; Peruvian pianist Alfredo Linares weaved the melodies, and folklore singer, Nidia Góngora, from the Afro-Colombian region of the Pacific Coast, wrote and delivered the lyrics. What comes out of these creative tensions is a brilliant and resonating song like “The Dreaming Mind,” which also features lush string arrangements from the often overlooked Brazilian composer Arthur Verocai.

After a few rotations, the best of record won me over. It’s more of a stitched together mapping of Quantic’s rhythmic wanderings — musically and physically — than a set of highlights towards a destination. “The traveling of my own life as a musician is intertwined with the music I make,” he says. “It’s like looking at the rings on the tree; there’s a pattern to it, but it just develops naturally without so much of a plan.”

Quantic hopes to redraw a bit of that map during his performance this Friday at SOM. Without his bárbaros on tour, he’ll spin some 45s to chart out influences, and then bring the studio on stage, mixing recorded sessions live while adding dubbing and keys.