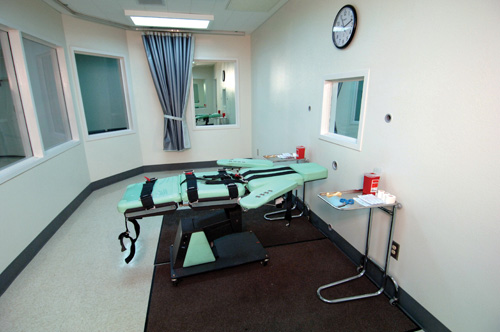 “The only thing I care about,” Sen. Leland Yee proclaimed at a press conference outside City Hall Sept. 26, “is the Central Subway.”

The mayoral candidate called the press conference to announce that he wants the high-profile Chinatown transit project to move forward — yet he has concerns that it could be jeopardized by recent revelations of apparent waste, fraud, and abuse relating project contracts.

Yee announced he’d submitted a public records request to Mayor Ed Lee’s office, asking the interim mayor and candidate to turn over “all correspondence between the Mayor’s Office or the City Administrator’s Office and CCDC or powerbroker Rose Pak.”

The media event was prompted by reports in the San Francisco Chronicle revealing that the Chinatown Community Development Center (CCDC), an affordable housing nonprofit and Central Subway subcontractor closely aligned with Lee, had received about $750 per hour to attend project meetings, $578 per visitor for outreach, and $25,000 to host a single community meeting, figures he rattled off during the press conference.

“Those are the kinds of abuses, those are the kinds of mismanagement that has been going on, and we really need to put a stop to that,” Yee said, adding, “We now have a chance of derailing the Central Subway. And I, for one, am going to do everything that I can to ensure that the Central Subway, in fact, is built. But we cannot do that when you have these kinds of golden chairs, these kinds of waste and abuse … So what we are now asking is just simply the right of the public to know what’s been happening.”

Reached by phone, Rev. Norman Fong, who will replace outgoing CCDC executive director Gordon Chin in October, said he was concerned that his nonprofit organization — which has a mission of building affordable housing for low-income residents — had become a target for mayoral candidates looking to score political points. “I’m learning that politics is dirty,” he said.

Asked about the exorbitant payments to CCDC highlighted in the Chronicle, Fong said, “they’re all lies.” He pointed to a response penned by CCDC attorney Gen Fujioka in the local political blog Beyond Chron, charging that the numbers were inaccurate or distorted and taking San Francisco’s paper of record to task for what he deemed “faked ‘facts.'”

Yet it was tough to discern independently whether the math was fuzzy without the documents in hand. Recognizing this, Fong said his organization planned to address the issue publicly on Sept. 28 and make contract documents available on its website. “CCDC wants to be totally transparent,” he said. “We have nothing to hide.”

Meanwhile, Yee and CCDC aren’t the only ones at odds when it comes to discussing the finer points of the Central Subway deal.

On Sept. 19, retired Judge Quentin Kopp, a Central Subway opponent, mailed a letter to the Little Hoover Commission, an independent state oversight agency, urging it to conduct an audit of the use of state funds allocated to the Central Subway. Kopp cited an annual cost increase of $15.1 million (according to the Federal Transportation Administration) to San Francisco Municipal Transportation Agency (SFMTA) operations, increased travel times, and a dramatic decrease in projected ridership to back up his argument that “the project makes no sense from either a transportation or financial standpoint; it will result in a continuing waste of funds and inappropriate expenditures.”

Yet when the Guardian asked SFMTA chief Ed Reiskin in a recent interview to address these concerns, Reiskin responded as if this assessment was news to him. “I’m not sure what the discrepancies are that you’re talking about,” he said. “We have a lot more people who are going to be living along that corridor, and as you know with the Stockton bus we’re beyond capacity. So if it were going to cost $15 million more — which I don’t believe is correct — this is investment that we need to make.” (Rebecca Bowe)

The state of Georgia killed a man who is quite possibly innocent last week, pushing the debate over the death penalty back onto the front pages. Well, some front pages — the execution of Troy Davis made page one of the New York Times, but was buried inside the San Francisco Chronicle.

Which is odd, because here in San Francisco, the death penalty is moderately big news: Nearly all of the candidates for district attorney are proclaiming how immoral, expensive, and ineffective it is.

In fact, if the change in attitude among San Francisco prosecutors in any indication, public sentiment on ending the barbaric practice may be shifting in the right direction.

Consider this: In 1999, three major candidates sought the office of D.A.: Former Supervisor (and defense lawyer) Terence Hallinan, veteran prosecutor Bill Fazio and Deputy Public Defender Matt Gonzalez. Hallinan was a death penalty foe, but was pretty quiet about it; he and Fazio wound up in a runoff, and Fazio asked Gonzalez to endorse him. Gonzalez told us he asked Fazio one question: Will you promise never to seek the death penalty? Fazio hemmed and hawed, but refused to make that promise. Hallinan won.

Today, candidate David Onek has made opposition to executions a centerpiece of his campaign. Fazio is loudly proclaiming his opposition to the death penalty. So is incumbent and former Police Chief George Gascon, who told us that he will never file capital charges (not even in the case of the murder of a police officer) and wants the death penalty repealed.

Maybe were getting somewhere. (Tim Redmond)

During the debate earlier this year over giving big tax breaks to Twitter and other companies that create jobs in the Mid-Market and Tenderloin neighborhoods — an initiative pushed primarily by Mayor Ed Lee, his Office of Economic and Workforce Development, and Sups. David Chiu and Jane Kim — critics called the deal a wasteful giveaway that mostly benefited commercial landlords and rich corporations.

Not so, said advocates of the deal, touting the community benefits agreements (CBAs) that Twitter and other companies would be forced to enter into. They said it was all about keeping Twitter in town and eliminating the vacant storefronts in the Mid-Market area. And when City Economist Ted Egan said creating a punitive fee on vacant commercial properties would be more effective at that goal than tax breaks, Kim announced her intent to carry that legislation.

Later, Sup. David Campos — who voted against the Twitter deal, along with Sups. John Avalos and Ross Mirkarimi — also endorsed the idea and said he wanted to help Kim move it forward.

There were meetings and reports on the legislation, including a 15-page analysis by the Budget and Legislative Analyst’s Office in June that looked at how other cities have similar ordinances and how it would work here. It estimated that charging the owners of vacant commercial buildings (there are at least 77 in San Francisco, half of them owned by banks) could raise about $1.8 million per year (or as much as $17 million if we used Washington DC’s model of very steep fines), in addition to encouraging the owners to fill the buildings with tenants.

But then, the idea was quietly abandoned for the year. “The Budget Analyst and City Attorney determined that this change would need to go to the voters. The Revenue Coalition and neighborhood stakeholders decided not to pursue this legislation for the November 2011 ballot,” Kim legislative aide April Veneracion wrote to the Guardian.

She told us by phone that the decision was the consensus of a working group that included critics of the Twitter deal such as Coalition on Homelessness director Jennifer Friedenbach and SEIU Local 1021 Political Director Alysabeth Alexander. But Alexander says she’s still very supportive of the idea, as well as a fee to cover city costs on foreclosed properties.

“It’s still a high priority for our union,” Alexander told us, saying it was her understanding that Kim’s office didn’t get the required legal analysis back from the City Attorney’s Office in time to qualify for the ballot. But a review of documents under the Sunshine Ordinance turned up drafts of that analysis from as early as May 16, well in advance of the deadline for getting on this year’s ballot.

Veneracion (speaking for Kim, who refuses to talk to the Guardian) said the ordinance might end up on next year’s ballot: “We want to continue to pursue this.”

And what about Twitter’s CBA? Well, after initially saying publicly that the CBA must be in place before the legislation was approved, Kim decided to move the legislation forward anyway, saying the CBA would be completed imminently.

But that CBA still isn’t anyway close to completion, and it probably won’t be inked until later next year. OEWD Director Jennifer Matz said the final legislation doesn’t require the CBA until companies apply for the tax exclusion, which in Twitter’s case will be around November 2012.

“When they apply, that triggers the need for a community benefits agreement,” Matz told us. If only measures that benefited the city and its residents moved as rapidly through City Hall as those that benefit big corporations. (Steven T. Jones)

It felt as if, in the words of one observer, the entire San Francisco left was on hand Sept. 25 for a memorial service for Eric Quezada, the Mission District organizer and community leader who died Aug. 24 after a long battle with cancer. He was 45.

The speakers talked of his life as an activist, a hell-raiser, a champion soccer player, and a devoted father. But they also talked of the community he defended all these years — about the part of the Mission that doesn’t eat fancy tapas and sip $12 martinis on Valencia Street, the folks who fought displacement during the dot-com boom and fight every day for affordable housing, immigrant rights, tenant protections, and limits on speculation and gentrification. That Mission was his life’s work. Long may it survive.

The family needs help with medical expenses — and also to help with the education of Eric’s daughter, Ixchel. Contributions can be made at www.missionassetfund.org/ixchel or mailed to 470 Columbus Ave., Suite 211, San Francisco, 94133. Checks should be made payable to Eric Quezada Memorial Fund. A fundraiser is being held at Jane Morrison’s home at 44 Woodland Ave. on Oct. 16 between 3-5 p.m. (Redmond)