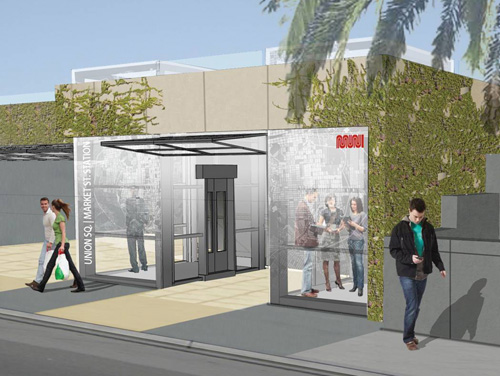 While supporters of the controversial Central Subway project — from Mayor Ed Lee and his allies in Chinatown to almost the entire Board of Supervisors — dismiss the growing chorus of critics as everything from ill-informed to racist, they refuse to address the biggest concerns about the project.

In a nutshell, the main concerns center on serious design flaws (such as the lack of direct connections to either Muni or BART), the city’s responsibility for any cost overruns on this complex $1.6 billion project, its estimated $15.2 million increase to Muni’s already strained annual operating budget (a figure used by the Federal Transportation Administration, well over the local estimate of $1.7 million), and the city’s unwillingness to implement its own plans for improving north-south transit service on congested Stockton Street rather than relying solely on such an expensive option for serving Chinatown that doesn’t start until 2019.

Judge Quentin Kopp, a longtime former legislator, called this summer’s grand jury report, “Central Subway: Too Much Money for Too Little Benefit,” the best he’s ever read and one that should be heeded. He recently wrote a letter to top state officials urging them to reconsider the $488 million in state funding pledged to the project. As we reported last week, mayoral candidate Dennis Herrera is also challenging a project that he supported before its most recent cost overruns and design changes.

But supporters of the project pushed back hard on Sept. 14, using taunts and emotional rhetoric that avoided addressing the core criticisms. “Beneath the unfounded criticism about costs is actually a disagreement over values. The grand jury report relied upon by critics makes a only brief and superficial criticism about costs,” Norman Fong and Mike Casey wrote in an op-ed in last week’s Guardian.

Actually, the 56-page grand jury report goes into great detail about why it believes cost overruns are likely, citing the myriad risks from tunneling and SFMTA’s administrative shortcomings and history of mismanagement, including on this project’s less-complicated first phase, the T-Third line, which was 22 percent over budget and a year and half late in completion. Even with the contingencies built into the Central Subway budget, the report notes that a similar overrun would increase the local share of this project from $124 million to more than $150 million.

Mayor Lee purportedly addressed criticism of the project during the Question Time session in the Sept. 14 Board of Supervisors meeting, prompted by a loaded question from Sup. Sean Elsbernd offering Lee the “opportunity to move beyond the clichés and one-liners of political campaigns.”

But Lee’s answer was classically political, touting the estimated 30,000 jobs it would create, praising those who have pushed this project since the 1980s, offering optimistic ridership estimates (that exceed current FTA figures by about 9,000 daily riders), and ignoring concerns about whether the city can cover the ever-increasing capital and operating costs.

“Now is the time to support the Central Subway,” Lee said, flashing his trademark mustachioed grin.

We called the normally responsive Elsbernd, who prides himself on his fiscal responsibility, twice, to ask about financial concerns surrounding the project and he didn’t call back. During their mayoral endorsement interviews with the Guardian last week, we also asked Sups. John Avalos and David Chiu to address how they think the city will be able to afford this project, and neither had good answers about the most substantive issues (listen for yourself to the audio recordings on our Politics blog).

Once Congress gives final approval to $966 million in federal funding for this project sometime in the next couple months, the city will be formally committed to the Central Subway and all its costs. It’s too bad that, even during election season, all its supporters have to offer to address valid concerns are “clichés and one-liners.”(Steven T. Jones)

Mayoral candidates faced tougher questions than usual at a Sept. 15 forum hosted by the Harvey Matthews Bayview Hunters Point Democratic Club. Whereas debates hosted in the Castro and Mission Bay, for instance, featured questions on how candidates planned to clean up city streets, what they thought about AT&T’s plan to place utility boxes on city sidewalks, or how they’d promote a more business-friendly environment, residents brought a thornier set of concerns to the Bayview Opera House.

One question pointed to an alarming statistic based on U.S. Census data and cited by racial justice advocates, showing that residents of the predominantly African American Bayview Hunters Point have a life expectancy that’s 14 years lower, on average, than that of residents of the more well-to-do Russian Hill.

Someone else asked about improving mental health services for lower-income community members struggling with post-traumatic stress syndrome (PTSD). High unemployment figured in as a key concern. And one member of the audience wanted to know how candidates planned to “improve the behavior of the police,” alluding to the mid-July officer-involved shooting that left 19-year-old Seattle resident Kenneth Harding dead, triggering community outrage.

Answers to Bayview residents’ sweeping concerns varied, yet many acknowledged that the southeastern neighborhood had been neglected and ill-served by city government for years.

“There is no economic justice here in Bayview Hunters Point,” Adachi said. “There never has been. That’s the reality.” He pointed to his record in the Pubic Defender’s Office on aggressively targeting police misconduct, and played up his pension reform measure, Prop. D, as a vehicle for freeing up public resources for critical services.

Dufty, who has repeatedly challenged mayoral contenders to incorporate a “black agenda” into their platforms, spoke of his vision for a mayor’s office with greater African American representation, and emphasized his commitment to improving contracting opportunities for minority-owned businesses.

Herrera, meanwhile, was singled out and asked to explain his support for gang injunctions, an issue that has drawn the ire of civil liberties groups. “I only support gang injunctions as a last resort,” he responded. “We shouldn’t have to use them. But … people should be able to walk around without being caught in a web of gang violence. I put additional restrictions on myself to go above and beyond what the law requires, to make sure that I am balancing safe streets with protecting civil liberties.”

Herrera asserted that gang violence had been reduced by 60 percent in areas where he’d imposed the controversial bans on contact between targeted individuals, and noted that the majority of those he’d sought injunctions against in Oakdale weren’t San Francisco residents.

Baum brought questions about a lack of services back to the overarching issue of the widening income and wealth gaps. “Right now, the money is being sucked upward as we speak,” she said. “We have to bring that money back down.”

She closed with her signature phrase: “Tax the rich. Duuuuh.” (Rebecca Bowe)

The selection of Ed Lee as interim (or not-so-interim) mayor of San Francisco was one of those moments that left just about everyone dazed — how did a guy who wasn’t even in town, who had shown no interest in the job, who had never held elective office, suddenly wind up in Room 200?

Well, former Sup. Bevan Dufty, who was going to nominate Sheriff Mike Hennessey and switched to providing the crucial sixth vote for Lee at the last minute, told us the story during his mayoral endorsement interview last week.

Remember: Lee, as recently as a few days earlier, had told people he didn’t want to be mayor. “An hour before the meeting, Gavin (Newsom) called Michela (Alioto-Pier) and me into his office and said Ed Lee had changed his mind,” Dufty told us. He walked out of the Mayor’s Office uncommitted, he said, and even Newsom wasn’t sure where Dufty would go.

After two rounds of voting, with Dufty abstaining, there were five votes for Lee. So Dufty asked for a recess and went back to talk to Newsom — where he was told that the mayor thought the reason the progressives were supporting Hennessey was that the sheriff had agreed to get rid of about 20 mayoral staffers — including Chief of Staff Steve Kawa, “who had engineered Ed Lee running.”

So Kawa, with Newsom’s help, preserved his job and power base. “It’s all turnabout,” Dufty said. “I figure Mike Hennessey’s had a couple of beers and a couple of good times thinking about my vote. But that’s politics.” (Tim Redmond)

Friends and supporters of Shane Bauer and Josh Fattal were kept in a state of agonizing suspense over whether the two men, both 29, would be released from the Iranian prison where they’ve been held for more than two years following an ill-fated hiking trip in Iraqi Kurdistan.

On Sept. 13, Iranian President Mahmoud Ahmadinejad stated publicly that Bauer and Fattal could be freed “in a couple of days.” The announcement brought hope for family and friends who, just weeks earlier, had absorbed the news that the men were sentenced to eight years in prison after an Iranian court found them guilty of committing espionage, a charge that the hikers, the United States government, religious leaders, and human rights advocates have characterized as completely baseless.

Reports followed that the Iranian judiciary would commute the hikers’ sentences and release them in exchange for bail payments totaling $1 million. But by Sept. 16, when supporters gathered in San Francisco in hopes that of an imminent announcement, they were instead greeted with new delays.

The constantly shifting accounts hinted at internal strife within the Iranian government, and contributed to the sense that Bauer and Fattal were trapped as pawns in a power struggle. By Sept. 19, their Iranian lawyer remained in limbo, awaiting the signature of a judge who was scheduled to return from vacation Sept. 20.

“Shane and Josh’s freedom means more to us than anything and it’s a huge relief to read that they are going to be released,” the hikers’ families said in a statement Sept. 13. “We’re grateful to everyone who has supported us and looking forward to our reunion with Shane and Josh. We hope to say more when they are finally back in our arms.” (Rebecca Bowe)