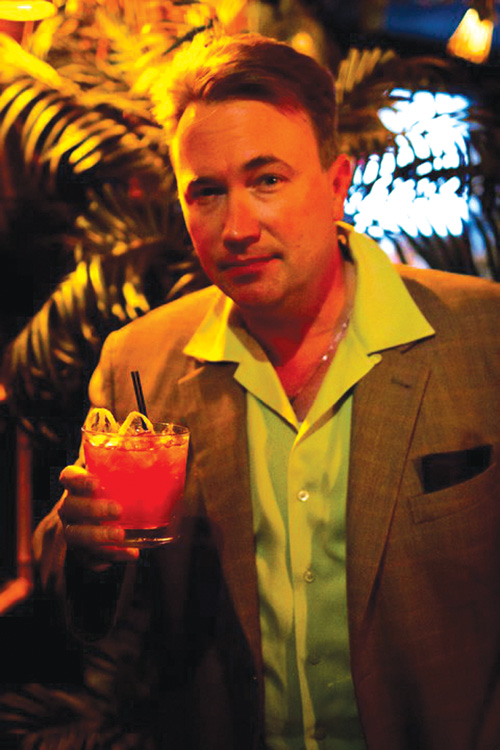 LIT Most fans probably associate Will “The Thrill” Viharo with Thrillville, the awesomely cool series of B movie screenings he hosted at the Parkway (now closed) and Cerrito (now operating under new ownership) theaters. But in recent years, Viharo’s become “The Quill,” shifting his focus to his first love: writing. He’s written several novels and numerous short projects in a retro, neo-pulp vein; he’s currently working on new material as well as publishing several of his older novels, some of which go back decades. He started his first novel, Chumpy Walnut — about a foot-tall boy lost in a world of macabre make-believe — when he was only 16.

“I am a born writer, as pretentious as that may sound. I’m basically unemployable, possess no other marketable or practical skills, and so realistically, my career options are severely limited. It’s a matter of simple survival: sink or swim, write or die,” the 48-year-old Alameda resident explains. “Once I started writing, I just couldn’t stop. It’s how I respond to life and the world in general, my natural mode of expression. I really have no choice.”

Viharo’s first published novel, Love Stories Are Too Violent For Me, was released in 1995 by Wild Card Press. Movie rights to the book, which introduced recurring character Vic Valentine, have been owned by the actor Christian Slater for the past ten years — though Valentine, a San Francisco private eye, has yet to make his big-screen debut. Undeterred, Viharo has penned a slew of other killer, colorfully-titled books, including A Mermaid Drowns in the Midnight Lounge, Fate is My Pimp, Romance Takes a Rain Check, and Diary of a Dick. All are written in a feverish style that recalls not only the hard-boiled detective novels of authors like Raymond Chandler, but also a wide variety of cinematic influences.

“My work has always been informed and creatively inspired by films, particularly exploitation cinema, and all kinds of ‘mood music,’ even more so than my sundry literary influences,” Viharo says. “I think that’s why my stuff has a keen visual sense and fluent rhythm unique to the form, kind of like graphic novels, sans the graphics.”

It makes perfect sense then that Viharo has made a book trailer to help promote his work. The clip, posted on his website (www.thrillville.net), recalls a classic film noir narrated by tempting excerpts from Viharo’s books. The brand-newest Viharo tome, Freaks That Carry Your Luggage Up To The Room, is a blistering tale he describes as “gonzo bizarro pulp;” it’s due out in November. He’s self-releasing it, as he has all his works since Love Stories.

“My stuff is good, I know it, and I’m taking it directly to the audience I know is already out there, bypassing the corporate middleman,” Viharo says. He’s learned that the mainstream publishing industry is a conservative, fickle beast — and he’s done trying to win the hearts of corporate titans. “I’m actually riding a new wave since digital publishing has usurped the marketplace, opening doors for many neglected talents at both ends of the scale.”

Viharo’s novels are available online through Lulu as eBooks or print-on-demand paperbacks, and he recently got approval to sell Down a Dark Alley on iTunes after a period of “special review” — it seems his more lurid material had triggered an additional vetting before being given the green light.

“Basically, after several decades of self-exploration, I have no more inhibitions, at least artistically,” Viharo says. “My brain has been irrevocably damaged over the years, via sustained exposure to the insanity of our world as well as endless viewings of seriously fucked-up movies, and it shows, but I’m shameless by nature.”

Although his books can feature sensationalistic and savage settings, events, and characters, they are still meant to be simply entertaining — a goal that they exceedingly achieve, thanks to Viharo’s artistic outlook.