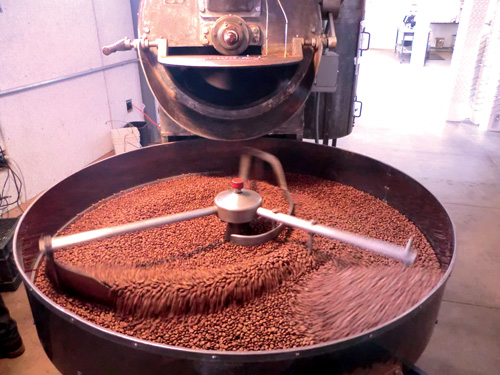 Many people will pay more for a cup of coffee if a significant amount of that money goes to the people who grew its beans, helping improve their lives and communities. That’s the idea behind Fair Trade Certified coffee.

But Fair Trade may not be as lucrative for coffee farmers as people are led to believe, and uncertified San Francisco roasters such as Four Barrel, Ritual Roasters, and Blue Bottle appear to be making more significant impacts on the growers they buy from.

Fair Trade was once just a name for ethical commerce and an idea to fairly pay the farmers growing our food, but Fair Trade Certified* is now a trademarked term owned by Fair Trade USA*, based here in the Bay Area. To label their coffee with the Fair Trade certification, coffee farmers must buy into the system and abide by strict standards set by the cooperatives that oversee their production.

Although Fair Trade Certified coffee sells at significantly higher prices than generic coffee, the coffee producers often don’t see the majority of the increased profits. That’s because all the parties involved in the system take shares of that increased price.

“The buyer buys the coffee at a hiked price, assuming the price is trickled down to the farmer, but it isn’t,” says Masumi Patzel, a political scientist who made a recent research trip to the coffee farms of Guatemala. “The people who are benefiting from Fair Trade are the exporters.”

The coffee producers only receive a fraction of the final cost of the coffee, says Patzel, and her research has shown it hasn’t done much to improve conditions in coffee-growing communities.

“What are these farmers going do? How are they going to feed their families?” she asks.

Patzel says that in Guatemala, a country of mostly farmers and peasants, more than half of all personal income is spent on food (compared to about 20 percent in the U.S.), food prices have risen 80 percent in the last 10 years, and nearly half the population suffers from malnourishment.

Buying into the Fair Trade system and switching to the monitored system of growing coffee can be costly for the Guatemalan farmers who are struggling to get by. “They are just not making the cut,” she says, noting that on the farms she visited, farmers only drank instant coffee because they couldn’t afford the coffee they grew.

At Fair Trade USA, which oversees the label, that “fair price” comes to at least $1.40 per pound of coffee beans, with an added 20-cent community development premium given to the farmers and a possible 30-cent organic incentive.

“Essentially the farmers always get higher then market price,” Wagner says, “because they get the premium, the organic incentive and the minimum price.”

However, the International Coffee Organization’s most recent composite had the average worldwide coffee price at $2.15 per pound, higher than the Fair Trade price. To work with the ever fluctuating coffee market, Fair Trade Certified coffee farmers are either paid the minimum of $1.40, or the current market price, whichever is higher.

“The Fair Trade minimum covers the cost of sustainable production,” says Wagner, “so they don’t starve to death when the market crashes.”

Some of San Francisco’s most popular coffee roasters have chosen to buy their coffee directly from the farms that grow it, bypassing the Fair Trade system and paying the farmers significantly more while forming a strong relationship between producer and roaster. Without the middlemen, there is suddenly a smaller separation between the farmer growing the coffee and the consumer purchasing it.

I saw that illustrated on my recent visit to the Ritual Roasters facility where roasters convert raw beans procured worldwide into aromatic coffee. As I was drinking a cup of very fresh coffee, owner Eileen Hassi showed me pictures of the exact farm where my coffee had been grown.

She had made a recent trip to this Costa Rican coffee farm, and taken pictures of the farm, the processing facilities, and the owners. It is this visible connection, as well as high quality coffee, that contribute to the growing popularity of some San Francisco independent roasters.

Hassi believes that the cost of coffee will continue to increase because of a volatile, heavily fluctuating market, increased consumption, and global warming causing some places to lose their capability of producing coffee.

“If all of us in the developed world want to keep drinking coffee,” she says, “we need to get used to paying a lot more for it.”

James Freeman, owner of Blue Bottle Coffee Co., says he believes there’s a place for Fair Trade. “It’s a certification and, like all certifications, there’s the pluses and the minuses,” he says. Yet his coffee is uncertified and purchased directly from producers and organic cooperatives. “The cheapest we buy coffee for is probably two, two-and-a-half times the fair trade minimum,” he says. “In a way it’s better for fewer farmers, but at least it’s better.”

Wagner disputes several San Francisco roasters’ claims that the $3–<\d>$4 minimum price they pay is double Fair Trade’s. “The market has been over $3 on many occasions in the past year,” she says, reiterating FairTrade’s policy to pay producers either the Fair Trade minimum or the market price. “So to say you’re paying double the fair trade minimum without knowing what is going on that is actually you distorting the information…We love people’s efforts to trade more directly with farmers, but we do not appreciate spreading misinformation about Fair Trade. That doesn’t help anyone.”

Fair Trade’s popularity stems from its altruistic image, and to lose this image through “misinformation” might do damage to its popularity. But challenging people’s assumptions about Fair Trade could help raise its standards, which Patzel says need to be “upgraded and improved”.

“It is my belief,” she says, “that the FTA [Fair Trade Association] and other certifying entities may want to consider how to improve the Fair Trade calculator, ensuring that it is not the exporters that are making the majority of the income and instead, increase the wealth distribution starting at the very base and bottom of the pyramid, not in the middle.”

Even Wagner concedes, “We’ve made significant impact but we can do more.”

Patzel says Fair Trade farmers may not even be treated better than convention coffee farmers. “Just because a farmer is producing Fair Trade coffee does not mean — not at all — that they are being treated better than farmers who are not. It depends on what kind of relationship they have with the producer,” she says. “It really is a case by case basis.”

Gilbert Ramirez has been working to run a cooperative in Costa Rica for 25 years that is 70 percent Fair Trade. For him, the monetary increase between Fair Trade and conventional coffee is 15-20 percent.

“But if we’re taking into account the added value, I’d say that we get 50 percent more in added value when we work through Fair Trade,” says Ramirez. “There’s a long list of things we consider added value, and the largest added value Fair Trade allows us is knowledge.”

In 2010 his cooperative received $8 million in premiums to invest in the community. And yet he says, “The situation is a bit difficult because the cost of living has gone up a lot. In Costa Rica, there’s a higher cost of living than in other countries. We have a really high tax environment in Costa Rica, and also really low production so it doesn’t allow the country to have a lot of economic development.” In the end, consumers can choose to buy a pound of Peet’s Fair Trade Coffee for $15.95, or a pound of Ritual’s Los Crestones coffee for $22.50 and know that it was produced in Costa Rica by Grace Calderón Jiménez before I probably watched it being roasted here in San Francisco.

* This article was changed to correct the name of the organization and its trademark.