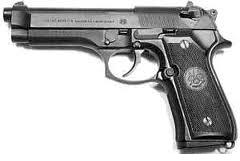 The Public Defender’s Office is getting a lot of press for its trial victory in the case of Johnny Stone. And as a big fan of the Public Defender’s Office (although not always of Jeff Adachi’s outside political ventures), I have to say: Congratulations. Arial Boyce-Smith came up with an effective strategy to keep Stone out of jail on a gun charge. I’m generally happy when the defense wins; I think our criminal justice system is so screwed up, and our prison system is a costly, brutal, inhuman and ineffective way to handle offenders. A few high-profile cases aside, the times when prosecutors put innocent people (or people who don’t deserve prison time) behind bars far exceeds the number of times when a truly guilty bad actor gets away.

So good for the PD. From the facts in this case, I see no reason why Mr. Stone should have been convicted.

But I also have to say: I’m glad this was just a trial court case and doesn’t set any precedent. Because the idea that a person can carry a concealed firearm around any time he or she can claim to be afraid of crime is a pretty dangerous idea.

I know all the gun nuts will be on my case here, but I’ve never been big on handguns, and never believed guns are a terribly good means of self-defense. And while Stone was in fact in a situation that could have made him fearful for his life, I wonder: Was he really going to point the gun and shoot somebody? Would another gun battle in front of the Sunnydale Housing Project be good for anyone?

And how scared do you have to be? I know plenty of people who worry about crime in the Mission — and I wouldn’t want any of them walking around with concealed handguns.

I appreciate the excellent trial work here. But let’s not try that too often.