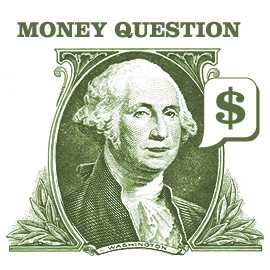 As politicians push to maximize their campaign contributions before the semi-annual reporting deadline of tonight (Thu/30) at midnight – a big measure of the strength of their campaigns and sure-fire way to keep the money flowing in – our e-mail in-boxes at the Guardian have been flooded with urgent pleas for cash.

There’s a real art to these appeals, which generally rely on some combination of fear, humor, “we’re so close” appeals to “put us over the top,” and earnest calls for support in order to get people to open their wallets. We won’t find out how the campaigns really did for another month when the forms are due, but we thought we’d offer a sampling of our favorite pitches of the season.

President Barack Obama is offering to join you for dinner if you give his presidential campaign even a few bucks: “ I wanted to say thank you before the midnight deadline passes. And I’m looking forward to thanking four of you in person over dinner sometime soon. If you haven’t thrown your name in the hat yet, make a donation of $5 or more before midnight tonight — you’ll be automatically entered for a chance to be one of our guests.”

Democratic Party consultant James Carville sent out a funny one entitled “Backwards tattoo” on behalf of the Democratic Senatorial Campaign Committee: “FEC deadline is midnight, and here’s a number to ponder: 90%. It’s so important, you should tattoo it backwards on your forehead so you read it every time you brush your teeth:

Comedian and U.S. Sen. Al Franken always writes great appeals. I liked his previous one, “Oatmeal,” better than his current one, “Cake,” but it’s still pretty good: “Remember Election Night 2010? Remember watching Democrats you admired—progressive champions—giving concession speeches?  Remember shaking your head as radical right-wingers were declared winners?  Remember the first moment you realized that John Boehner was going to become Speaker of the House? Not fun memories.  But here’s the thing: In a lot of states, the cake was baked a long time before the polls closed—not in 2010, but in 2009. Every cycle, races are won and lost—months before anyone votes—because one side builds an early advantage that proves to be insurmountable.”

On the other side other aisle, the National Republican Senatorial Committee is offering signed lithographs of the U.S. Capitol (huh?) for donations of $125 or more, or you can give just $4 to help elect four more GOP senators because, “Even with the support of all 47 Republican Senators for a Balanced Budget Amendment, Harry Reid blocking its progress every step of the way will be nearly impossible to overcome.”

GOP presidential candidate Mitt Romney writes that, “Your donation will build the campaign needed to defeat the Obama juggernaut in 2012.”

Rep. Dennis Kucinich (D-Ohio) issued a national appeal for his efforts to stand “up to leaders of both parties” and the scheming capitalist forces: “Across the country, corporate forces have been pushing for draconian cuts to the social safety net, making it harder for all Americans to have a better quality of life.”

SF District Attorney candidate David Onek used his wife – Kara Dukakis, daughter of former Democratic presidential nominee Michael Dukakis – to make his fundraising plea today: “I’m writing today to ask for your help. As you already know, my husband, David Onek, is running to be San Francisco’s next District Attorney to reform our broken criminal justice system. The deadline for our fundraising period is midnight tonight and it is crucial that we make a strong showing.”

U.S. Sen. Barbara Boxer even acknowledged the barrage of funding appeals as she sought money for her PAC for Change: “I know you may be getting a flurry of these June 30 fundraising emails today, so let me get right to the point: We’ve already raised more than $44,000 toward our $50,000 end-of-quarter grassroots goal — but if we’re going to make it, and fight back against the millions that Karl Rove and our opponents are already spending against us, I need your support before midnight tonight.”

SF Mayoral candidate Leland Yee sent out an appeal this morning with the subject line, “An amazing couple months…14 hours to go before the deadline,” in which he touted his campaign’s endorsements and accomplishments but asked people to dig deeper: “Even if you have donated to the campaign already, a contribution before midnight tonight will make a huge difference. Every dollar counts and no amount is too small.”

Mayoral candidate Dennis Herrera exclaimed: “Wow! It’s been just seven hours since I sent an email to each of you asking for your support in sponsoring my field team’s 10,000 signatures by matching them with a fundraising goal of $10,000 – and we have made some serious progress. “

And then tomorrow, after a likely round of “thank you, we did it!” self-congratulatory messages, it’s back to summer as usual.