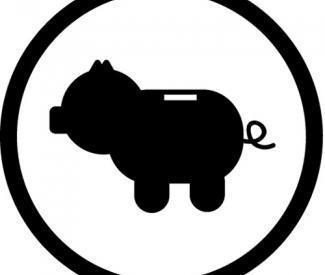 I’ve already had it lanced twice. Those were the good times. Except that on the first occasion I missed a day of work, and on the second I missed a baby shower. I felt so badfully about the missed baby shower that I invited the moms-to-be, Pod and the Attack, to breakfast the following Saturday. Technically I guess maybe I invited myself to breakfast. At their house.

Bless them, they made my favorite: waffles! With fresh strawberries! They made bacon! They made eggs! They made roasted tomatoes! It was the perfect meal! It was a masterpiece! It was culinary genius! It was the time of our lives!

Problem: I forgot to go. I don’t know, I was looking forward to it all week and then I woke up on Saturday morning, went, “Dum-de-doe,” and decided — oh, I don’t know — maybe do a little recording, or something.

I record in my kitchen because it’s the quietest room in my apartment, if I turn off the refrigerator. My cell phone was in the closet. At the designated hour, Pod went to West Oakland BART and waited for me.

I saw my cell phone while I was getting ready for work. It was lit up like a Christmas tree: texts, voicemails, e-mails. What-the-where-the-fuck-was-I? Oh my sweet baby Jesus, you can imagine my horror, and self-hatred — nay, loathing — as it all sunk in. How did I do that? How could I? Was my head so far up my ass that … ?

Well, technically it was, damn me. Clobber me in the kidneys with a golf club. I felt as low as a horse’s hoof cheese. And that was before the Attack sent me a picture of their spread, Pod in all her pregnancy sitting down to eat those wonderful things I said, plus cantaloupe.

I’ve done some dumb-ass things in my day, but don’t know if I’ve ever hated myself more. I couldn’t imagine how I was ever going to forgive myself. I still kinda can’t. I mean, the bacon alone looked so good in that picture.

They were of course very gracious and forgiving, and I was of course determined to make it up somehow. I invited them over to Berkeley that evening for some of the chicken pot pie that me and the kids were making. They declined.

I invited them to breakfast the following morning. Out somewhere, on me, and they accepted. We went to the Sunny Side Café in Albany, which was alleged to be kind of fancy-pants, and great.

Never in my life, before this, have I wanted a meal to cost more than it did. But, alas, it didn’t. It was like normal weekend brunch prices, roughly $10 apiece. Less tragically, but more to the point, I didn’t think the food was that good. Let alone great. I may have malordered. Maybe I was still traumatized by my brain fart from the morning before, but my spinach-and-sausage scramble was bland city, even with salt-pepper-Tapatío. The roasted tomatoes … meh.

Pod’s pigs in blankets … that was better. And the Attack, she got it right. She hit the jackpot with the Alameda, a stack-up of good stuff — ham, cheese, french toast, eggs — and some other things I personally don’t go for, which is to say mushrooms and Hollandaise. Oh, and a balsamic reduction.