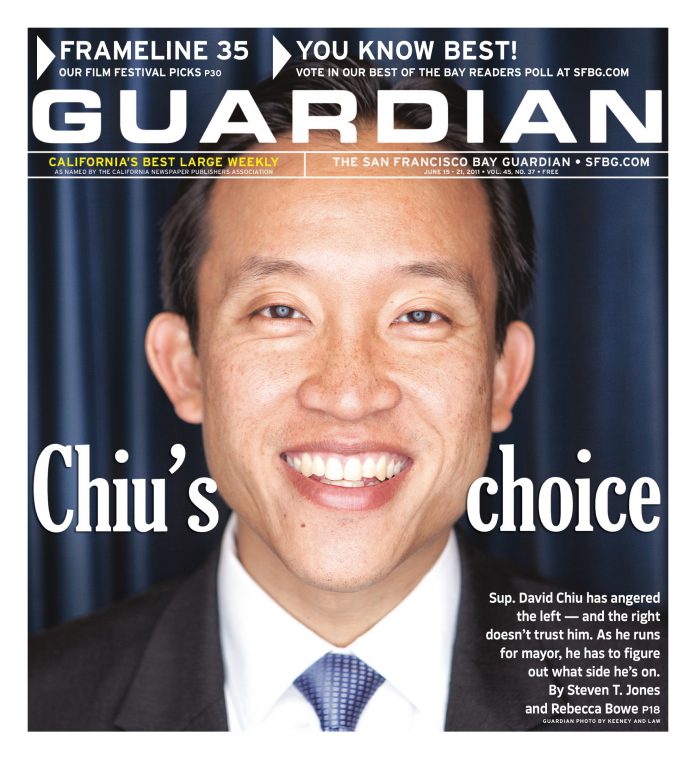 MUSIC Tyler, the Creator makes schizophrenic music. At least four entangled voices riddle his latest effort on XL Recordings, Goblin, the follow-up to his self-produced, rapped, and designed debut, Bastard, which he released on Tumblr.com in late 2009. One of those voices is some sort of inner conscience or demon, a pitched down grumble of bass, that doubles as Tyler’s obsequious therapist. But it also takes on the roll of ethical advisor and spiritual consultant: Tyler, you’re right to feel that way; people do like you; you shouldn’t kill all your friends. Even Tyler’s conscience disintegrates into corroded delusions and anxiety. Meanwhile, Tyler, at 20 years old, is an uncompromising, violent, self-hating, offensive, sexually repressed, obnoxious, yet sometime charming and funny protagonist who growls and spews partially digested rhymes over off-syncopated drum programming and synthetic keyboard washes.

The therapist conscience is a foil for Tyler’s caustic self-reflection in Goblin. This dynamic allows for multiple layers of inner dialogue, which subside only when other members of Los Angeles’ Odd Future collective (short for Odd Future Wolf Gang Kill Them All) give Tyler’s disturbed and heavily claustrophobic mental space some breathing room. Frank Ocean, the only member of the crew above the drinking age, waxes sincere R&B verses in “She,” bringing into contrast how Tyler’s unfulfilled desire for his lust interest degenerates into anger, voyeurism, and eventually, fantasies of possession. With Hodgy Beats, Tyler is hungriest on “Sandwitches.” Who the fuck invited ‘Mr. I Don’t Give a Fuck’/ Who cries about his daddy and a blog because his music sucks, he raps, before flipping the chorus of “Wolf Gang” into a call to arms for all who feel slighted by the establishment, any establishment.

In response to the rapid escalation of media attention circling Odd Future since last winter (which perhaps recently climaxed in a lengthy New Yorker article on the mysterious disappearance of member Earl Sweatshirt), Tyler negates excessively: the hip-hop blogs that gave him no love, kids with comfortable homes and families, music critics, moralists who accuse him of homophobia and misogyny. Tyler stands for defiance and offensiveness, rejection and swag, bastards and goblins, skateboards, skating apparel, and the simple joys of juvenile delinquency.

Another voice in Goblin is a rare appearance: some sort of helium-intoxicated creature. It slightly echoes Madlib’s incarnation of gratuitous violence in the Quasimoto character, culled straight from a Melvin Van Peebles’ film trailing a black man’s escape and redemption from the systematic violence brought to bear on his body in America’s inner city. But there’s not much of a redeeming light in Goblin. And the source of Tyler’s frustration and belligerent lashing out is all the more obscure. The record is thoroughly dystopian, despite its pretensions to comedy — a lonely soul trying to find its way in a desolate and often antagonistic world.

Tyler shares as much in spirit with the paranoid hallucinations of the Geto Boys’ “Mind Playing Tricks on Me,” minus the lighthearted melody, as with Eminem’s confessional tirades. Moments of vulnerability seem to, if not justify the violent outrage, then at least make it bearable (and for a certain listener, endearing). The critique in Goblin, if there is any critique, might be one of taking the system more seriously than it takes itself. The record is neither ironic nor detached, but a head-on dive into the gluttony of indulgences that comprise popular culture and much of everyday life today, as well as the psychological pain and alienation that the system manufactures in its wayside.

Goblin is not much of a crossover album, either. There aren’t many hooks to hold onto since much of the schizoid discourse replaces formal pop structures. It’s a sprawling record, some songs inching toward 10 minutes. The most memorable hook is the anarchic anthem of “Radicals” in which “Kill people! Burn shit! Fuck school!” is yelled in a repetitive chant. It’s hackneyed and silly enough to make you cringe. But the chant makes more sense when Odd Future performs live (let me tell you, shit is wild), where a sea of teenagers, and those of teen spirit, tap into the sort of rebellious energy you thought had dispersed into the dust of musical archives. This seduction also comes through in the recording. The beat fumbles sickly and the distorted melodic slime falls away to empty pockets of sound where Tyler calls to the listener: “Odd future, wolf gang. We came together cause we had nobody else. Do you? You just might be one of us. Are you?”