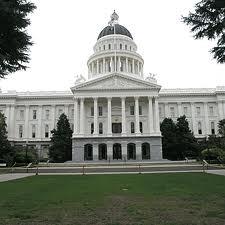 The news in Sacramento is mostly bad — Jerry Brown still can’t find the Republicans he needs to pass a budget, although maybe the redistricting process will help him. But it’s not all bad. Some important bills passed their houses of origin in the past week, and with Democrats controlling both the Senate and the Assembly and a Democratic governor, there’s actually a chance they could become law.

At the top of my list is the measure by Darrel Steinberg that could allow counties and school districts to raise a wide range of taxes. It is, as Sen. Mark Leno notes, a “game changer.” And it only requires a simple majority of both houses. (I wonder: Could the San Francisco supervisors put a tax measure on the ballot in November on the assumption that the Steinberg bill will be in effect by then?) If the GOP won’t budge on the budget, the Dems need to at least give local government the chance to find the resources to keep essential services running.

Assemblymember Tom Ammiano got AB 9, also known as Seth’s Law, approved on the Assembly floor. The measure, named in memory of Seth Walsh, a 13-year-old gay student from Tehachipi who suffered years of harassment and abuse, gives school districts the tools (and the mandate) to address bullying.

The Assembly also approved Ammiano’s AB 889, the Domestic Workers Bill of Rights, which gives domestic workers the same basic labor-law protections as other California workers, and AB 1081, the TRUST Act, which would allow California counties to opt out of S-Comm, the awful federal law that seeks to force local cops to become ICE agents.

Over at the state Senate, Mark Leno won approval for 11 bills, including SB 914, which would mandate that police get a warrant before searching the data on a person’s cell phone. It’s crazy that SB 914 is even necessary, but the state Supreme Court has ruled that, while you need a warrant to search a personal computer, you don’t need one to search a cell phone. SB 790 makes it easier for local agencies to form Community Choice Aggregation systems. SB 819 would give the state more authority to take firearms away from people who have committed felonies or have been institutionalized for mental illness. (The NRA’s going to hate this bill — felons have the right to guns, too …) SB 233 — another one I really like — gives local government the right to impose vehicle license fees.

Sen. Leland Yee won overwhelming support for SB 8, which mandates that foundations affiliated with the University of California, Cal State or community college campuses abide by the same public records laws as the schools themselves. (The Sarah Palin speaking fees bill.) SB 364, which requires corporations that get tax breaks for job creation to prove they’ve actually created jobs. SB 9 — another one that ought to be a no-brainer — ends the practice of giving juvenile offenders sentences of life without parole.

Seems likely all of these will emerge from the remaining house — and then we’ll see whether Brown is willing to sign progressive legislation.