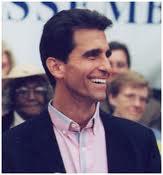 The new draft lines for state Assembly and Senate seats are out, and it’s not good news for San Francisco. It’s particularly bad news for Sen. Mark Leno, who could potentially be reapportioned out of a seat.

It’s a tricky process, but here’s how I understand it will work. The draft lines now, which put Leno and Sen. Leland Yee in the same seat (covering all of San Francisco and some of San Mateo County, down to Colma), will be updated June 9th. At some point a few weeks later, the redistricting commission will also decide whether to give the San Francisco seat (just one, we used to have two) an even or an odd number. If it’s an even number, it’s Yee’s seat — and as of Jan. 1, 2013, Leno is out of office for two years, at which point he could run again for the new seat.

Of course, if it’s an odd number, then it’s Leno’s seat, and Yee would finish his term representing his old seat — assuming he’s not elected mayor, which would create a vacancy in a seat that might only exist for a year.

More important in the long run than the individuals is the harsh reality that this will be a more conservative seat (tougher, say, for Tom Ammiano to win). The Marin County seat will be more conservative, too. And San Francisco will have only one state senator.

Ammiano still has an Assembly seat, but it includes more of the Peninsula.

The whole process is going to turn the state Legislature more conservative. We’ll likely get more Republicans in a state that has an overwhelming Democratic majority. And it’s not as if the new maps are free of what used to be called gerrymandering: “When voters get a look at the new districts, they’ll see as much modern art as Phil Burton ever created,” Leno said.