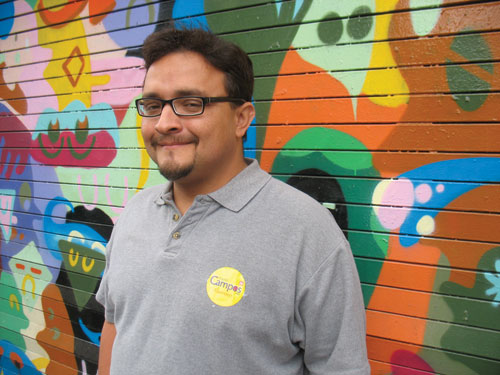 For one of this country’s first government hearings regarding wage theft yesterday (Thurs/12), San Francisco activists, public employees, and politicians alike were determined to find ways to address issues surrounding low-income workers who are paid below minimum wage or otherwise deprived of money they’re entitled to.

Wage theft may involve a number of different violations including payment below the minimum wage, obligation to work off the clock, and denial of overtime and sick pay. Low-income jobs such as construction work, hospitality and domestic care are the most cited types of employment for wage theft and wage theft disproportionately affects communities of color and those with language barriers.

“We are not going to allow any worker in San Francisco to be exploited,” said Sup. David Campos said on the steps of City Hall, later presiding over the Government Audit and Oversight Committee hearing on the issue. “Wage theft affects the lowest wage workers and their ability to make a living and survive in these tough economic times.”

The pre-hearing protest and the meeting was comprised of workers with emotional stories of poverty and injustice. Other speakers included Donna Levitt, the director of the Office of Labor Standards Enforcement, the agency in charge of overseeing claims of employers withholding wages, and Rajiv Bhatia, the director of Occupational and Environmental Health at the San Francisco Department of Public Health.

Levitt said that 500 claims of wage theft have been addressed by the OLSE since the minimum wage law’s inception in 2003. Dan Goncher of Harvey M. Rose Associates, which does budget analysis for the city, cited data showing that the OLSE takes significantly longer to go through the hearing process for back wages than other agencies. However, Levitt mentioned that 97 percent of cases are settled and never go to the City Attorney’s Office for a hearing.

“Very little thought from our policymakers was made on how this was going to be enforced,” Levitt said of the current minimum wage law.

Co-sponsored by Campos and Sup. Eric Mar, the amendments would add additional penalties such as raising the fine for employers from $500 to $1,000 for retaliating against workers exercising rights under the current law, the ability to interview employees and inspect payroll records at places of business, the requirement of notifying employees when an employer is being investigated, and to posting of a public notice when an employer fails to comply with a settlement agreement.

“We want to see the city taking a stronger commitment to addressing the issue of wage theft,” said lead organizer of the Chinese Progressive Association Shaw San Liu. “We don’t want this to be a one-day publicity stunt.”

One of the workers, who spoke about his experience of wage theft, recalled working long hours without the assurance of payment. “We would wait for hours for them to come back pay us but they never came,” Jose Cruz, a day laborer and client of La Raza Centro Legal, said about one of his jobs.

Bhatia explained to the supervisors and crowded audience in the committee hearing room that in the last week, 26 percent of the nation’s low wage workers were paid less than minimum wage. He also outlined different steps such as tracking chronic violators and training health inspectors to make referrals to local enforcement agencies in cases of non-compliance, so the SFDPH could support the community efforts in decreasing wage theft.

In addition, both Campos and Board President David Chiu made a point of speaking about how wage theft also detrimentally affects businesses.

“Most businesses play by the rules and those businesses are at a disadvantage when we allow businesses to not follow the rules,” said Campos.

“This is not about workers versus businesses,” Chiu said. “The issue of wage theft effects workers and workers’ families across the city.”