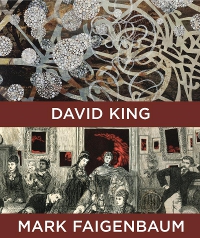 >>SCOBY SNACKS Lest you think that only barbarians and Bear Grylls eat their food alive, consider the case of fermentation. Sauerkraut, kombucha, bleu cheese, and kim chee are all living foods whose microbial make-ups diversify the tiny critters that live inside you (and we all know diversity is a good thing!) If we didn’t just freak you out, this week is an optimal time to learn more about making and snarfing fermented foods. House Kombucha, Omnivore Books, Cafe Gratitude, and Happy Girl Kitchen are all hosting workshops to teach you the power of a biodiverse kitchen. But the kicker is the Ferment Change festival (May 14-22), a full week of East Bay bike tours to homebrewing abodes, cocktail parties, culture swaps, and appearances by the anointed god of Planet Fermenation, Sandor “Sandorkraut” Katz himself.

>>WHO’S IN CHARGE? We’re big-time boosters of Ride Your Bike to Work Day, so once again we rode, we schmoozed, we accumulated swag — most of it aimed at luring more of us onto the streets with the promise of bigger, better, safer, kinder, gentler bike lanes. Which is why we had to wonder at the cover of the Connecting the City pamphlet, a happy-talk scenario showing a smiling woman and two darling kiddies riding along a reimagined bike lane on Market Street. Sweet — until you notice that the woman (the mother?) isn’t wearing a helmet. And neither is the woman staring off into stage-left space behind her. And that group of huddled people in black hoodies — are they supposed to be chess players? With big plastic bags of garbage at their feet? And what about that guy who appears to be rifling through the garbage? Why do we feel like the sell just got harder.

>>ASSEMBLAGE Collage artist David King was awarded a grant from the Pollock-Krasner Foundation last year, and he’ll be showing new work later this month at the Visual Aid booth at the San Francisco Fine Art Fair, one of three different art showcases taking place in SF during the third weekend of May. He’s also showing work, along with Mark Faigenbaum, at Inclusions Gallery from Saturday, May 14 through June 19. The opening reception is this Saturday from 6 to 8 p.m.

>>CHUCK IT We are all well aware that our days are numbered, and that they are going to be pretty well filled up doing more loads of laundry, cleaning the cat box, working, etc. What we really don’t have time for are any more bucket lists taunting us with 100 more things we have to do, see, eat, and ponder before the old dust to dust thing takes place. That’s why we were disheartened to see that there’s a new bucket list just for Giants fans: Bill Chastain’s 100 Things … . We have nothing against Chastain, but we do wish his publisher had come up with a better marketing scheme than this tired, gimmicky genre. Besides, with post World Series prices what they are, we can barely even afford to cross off item 39, “Attend a Game at AT&T Park,” let alone item 40, “Attend a Spring Training Game in Scottsdale.”

>>THE OUT-OF-TOWNERS If there’s one thing that separates the rubes from the natives, it’s pronunciation. Only a rube-and-proud-of-it would risk the derisive sniggering of Manhattanites by asking directions to Houston Street, pronounced like that city in Texas, or the rolled eyeballs of Show-Me Staters by rhyming the last syllable of their great state with “misery.” That’s why we are mystified that Muni hired such a collection of rubes (who may even be robotic rubes) to announce pending stops on its bus lines. Who approved “Di-VEYE-sa-dero”? And who signed off on “Valen-CHA”? Yo, Muni, you never heard the phrase “hire local”?