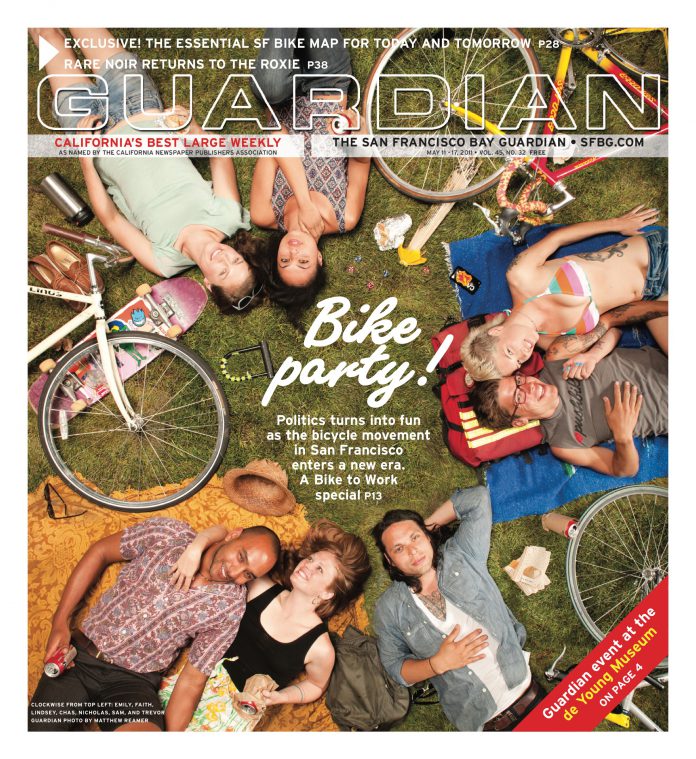 The Board of Supervisors is gearing up to revisit whether telecommunications giant AT&T should be permitted to install 726 new metal boxes on city sidewalks for a communications network upgrade, without completing an environmental impact review.

At an April 26 meeting, the board spent several tedious hours listening to concerns such as whether the boxes would attract graffiti or clutter the sidewalks, and debated the finer points of whether the project could legally be considered exempt, ultimately resolving to take up the issue again May 24.

Meanwhile, a small cadre of tech-savvy San Franciscans has seized on this debate as an opportunity to drum up enthusiasm for an alternate vision of a citywide communications future, one with faster connection speeds that wouldn’t necessarily be controlled by the AT&T and Comcast duopoly.

At the meeting, AT&T California President Ken McNeely, dressed in a sharp suit, trumpeted the company’s proposed upgrade, part of a new system called U-verse. “This is the largest single upgrade to the San Francisco local phone network in more than a century,” he said. “Our network will provide the next-generation IP technologies that San Francisco needs to provide if it wants to continue to attract the best and brightest in the region.”

Yet Rudy Rucker, bearded and clad in a camouflage T-shirt, sounded a different note. “The U.S. is No. 30 in the world in Internet speed,” he said. “The boxes are not the way to go. What we need to do is rework the entire infrastructure of how we do communications in the city. We’re relying on copper lines. We need to pull all those out, recycle the copper, and put in fiber-optic cable.” Rucker is a cofounder of MonkeyBrains, an independent Internet service provider (ISP) based in San Francisco.

AT&T’s U-verse upgrade would enable it to offer connection speeds three times faster than current service — but not nearly as fast as what fiber proponents envision. Several members of the tech industry interviewed by the Guardian cautioned that another AT&T upgrade might be necessary after less than a decade to keep pace with technological advancement. At that point, it’s anyone’s guess whether those boxes would continue to be useful. AT&T did not respond to a query from the Guardian.

When it comes to Internet speeds, the United States trails Asia and some European countries. “We’ve fallen from first place,” said Ashwin Navin, who founded several tech startups including a file-sharing company called BitTorrent. “It’s really put our software and technology industry at a disadvantage.”

According to a website that compares connection speeds using data compilation, California ranks 23rd in the nation, while San Francisco doesn’t even clear the top 30 cities nationwide, Navin noted.

Yet much faster connection speeds are possible — even commonplace — in countries such as Japan and Singapore. “Right now, the average download speed in San Francisco is something around eight megabits,” explained Dana Sniezko, who’s emerged as a tech activist since creating a website called SF Fiber, which calls for a neutral, open, affordable community fiber network. “What U-verse is going to offer is about three times that. Something like fiber can offer service that’s 1,000 megabits [called a gigabit], or even much larger than that. Fiber allows you to really have a huge capacity for the future.”

Put in practical terms, Sniezko said, the difference between a connection speed of eight megabits and a gigabit amounts to downloading a full-length feature film in 90 minutes, versus several seconds. And since fiber also can deliver faster upload speeds, it opens the door to new possibilities. “It lets individuals potentially come up with really innovative and creative ideas,” Sniezko said. “If you wanted to have your own streaming TV channel from your house, you could. Or anything, really.”

Fiber already exists under San Francisco city streets — but most places lack the direct connections to homes or businesses, so the capacity is not realized. The city’s Department of Technology and Information Services (DTIS) convened a study in 2007 for developing the infrastructure to create a full-fiber network, deeming fiber “the holy grail of communications networking: unlimited capacity, long life, and global reach.”

Since then, progress has been slow. AT&T’s new system would also be based on fiber, but information would still travel to homes or offices over copper phone lines, resulting in slower speeds than a direct connection could supply.

On a recent afternoon, MonkeyBrains cofounder Alex Menendez scrambled up a ladder leading from his small Potrero Hill office space to show off some rooftop antennas and laser devices. There was a clear view from the flat, sunny roof to the office building the laser was pointed at, many blocks away. Secured to a hand-built metal stand, the gadgets were part of the company’s high-speed Internet network, which counts KQED among its roughly 1,000 subscribers.

Menendez was explaining how his small company is able to use these microwave devices in combination with fiber-optic cables to provide high-speed Internet by leapfrogging from node to node throughout San Francisco.

Menendez said he didn’t feel strongly one way or another about AT&T’s metal boxes. “But it raises a more interesting issue: what’s the 50-year-down-the-line solution? There’s much better technology out there. It could be super-affordable, with a wide-open, massive amount of bandwidth.”

But, he added, it won’t happen without the support of local government.

The City and County of San Francisco owns an underground fiber-optic network spanning more than 110 miles, used mostly for municipal and emergency purposes. AT&T has its own fiber — and with a history going back more than a century in San Francisco, it also has a lock on the market.

AT&T owns underground cables, copper phone lines, and rights-of-way, making it necessary for small market players to interface with the corporation and pay fees. This makes it difficult for local ISPs to compete on any meaningful scale. “They have the right to trench the street,” Menendez explained. “We don’t.”

Mendendez and others are looking at micro-trenching as a possible way around this. Last summer, Google hosted an event at its Mountain View headquarters called the Micro-trenching Olympics (“A very Google-y thing to do,” according to a company representative speaking in a YouTube video) to find out which contractor could best slice a one-inch wide, nine-inch deep trench in a parking lot and install fiber-optic cable inside. The idea behind micro-trenching is that it’s fast and minimally disruptive — and best of all, it doesn’t interfere with existing infrastructure, so there’s no need to pay a fee to AT&T, or any other company.

Some in the tech community are hoping it will signify a new and efficient way to link fiber-optic cable directly to homes and businesses, ultimately resulting in the kind of Internet speed that would let you download a movie in less than ten seconds. With micro-trenching, there would be no need for utility boxes.

Navin, Mendendez, and several others have talked up the idea of micro-trenching a small area in the Mission District to bring fiber-optic, high-speed Internet to an entire neighborhood. Yet their early conversations with the city’s Department of Public Works suggest that it may be a slow process. “They were like, ‘What is this?'” Menendez recounted. “There’s no established permitting process.”

Meanwhile, Board of Supervisors President David Chiu recently asked DTIS to examine the possibility of leasing excess capacity on city-owned dark-fiber infrastructure, which is currently in place but not being used. This could boost bandwidth for entities such as nonprofits, health care facilities, biotech companies, digital media companies, or universities, Chiu said, while bolstering city coffers. “There are many places in town that need a lot more bandwidth, and this is an easy way to provide it,” he said.

Sniezko noted that other cities have created open-access networks to deploy fiber. “This is really effective because it’s a lot like a public utility,” she explained. “The city or someone fills a pipe, and then anyone who wants to run information or service on that pipe can do so. They pay a leasing fee. This has worked in many places in Europe, and they actually do it in Utah. In many cases, it’s really cool — because it’s publicly owned and it’s neutral. There’s no prioritizing traffic for one thing over another, or limitation on who’s allowed to offer service on the network. It … creates some good public infrastructure, and also allows for competition, and it sort of revives the local ISP. Chiu’s proposal is a little bit in that vein, it sounds like. But he hasn’t released a lot of details on it yet, so we’re still looking.”