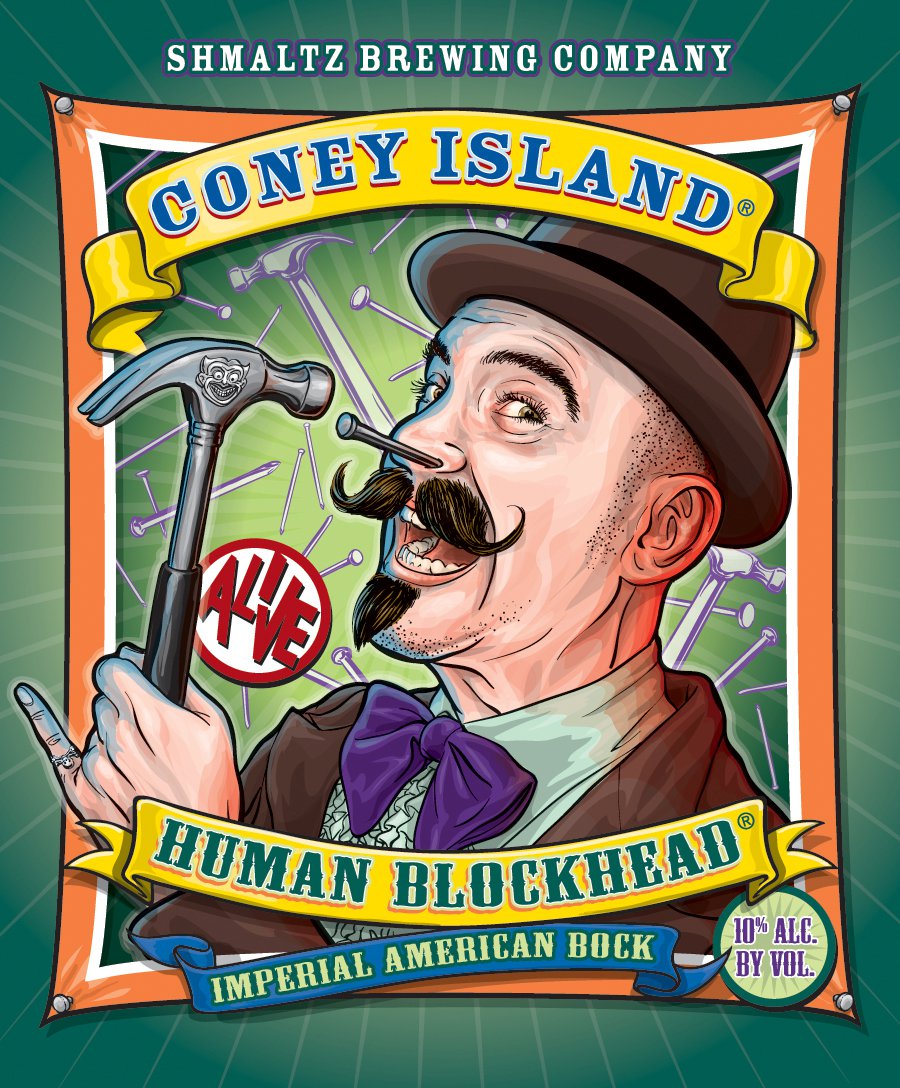 >>FINELY BREWED PROSE Though his boozy empire is no longer based in the Bay Area of his youth, we still have a soft spot in our hardened alcoholic hearts (or is that livers) for Jeremy Cowan. The founder of Shmaltz Brewing, Cowan has brought corny Jewish wit into the world of craft beers — see the label for his nut brown Messiah Bold: “the beer you’ve been waiting for” — and done so at a time when we all still considered Sam Adams a microbrew. He’s written a memoir about his rise to beer lord, which he’ll be back in the Bay promoting this week. Check out his signing at Omnivore Books on Sat/7, and tell him l’chaim for us.

>>A WEDNESDAY KNIGHT Sharon Funchess contributed vocals to a standout track on Teengirl Fantasy’s album 7AM, but her main musical project is Light Asylum, with Bruno Coviello. “Knights and Week Ends,” one of four songs on the recent tour EP In Tension, exemplifies the duo’s melding of powerfully dramatic ’80s diva vocalization and cold metallic beats. The Brooklyn-based Funchess and Coviello have an album due next year on Mexican Summer, and they return to SF for a show this month.

>>PREPARE TO STOP The clusterfuck of a new-bike-lane-meets-intersection that is Fell and Scott streets is being revamped in an effort to un-fuck and un-cluster the mess. The center of-the-street bike lane—a recent addition to assist cyclists turning left from Route 47 on Scott to Route 30 on Fell—has proved perilous to pedestrians crossing east and west due to hordes of cyclists who don’t stop for them, and to drivers turning left from Fell onto Scott who have had to swerve to avoid oncoming cyclists in their lane. This week the city installed two more signals, which have yet to be turned on but will likely be dedicated left-turn lights for bikes and cars. Now, if the city can only do something about doofuses turning right onto Fell -– right into three lanes of oncoming traffic…like maybe a “No right turn” sign?

Signs of a pedestrian, cyclist, and driver intersection.

>>CINCO DE DRINKO? On the hunt for the best deal on a bucket of Pacifico bottles, we ran across Colorlines’ timely reflection on the de-politification of Cinco de Mayo. Kinda crazy how all immigrant commmunity celebrations become occasions for the country to get shit-faced (see: St. Patrick’s Day).

>>REINSTALLATION Bliss Dance, a 40-foot sculpture of a dancing nude woman, was one of the best art projects at Burning Man last year. And this week, artist Marco Cochrane and his talented and hard-working crew have been installing the piece on Treasure Island, where she’ll be dancing for city residents until at least October. The build, sponsored in part by the Black Rock Arts Foundation, should be finished by the weekend. An opening reception is set for May 26.

Bliss Dance giving the hand on the playa in 2010. Photo by DJ Guacamole/Guacarazzi Photography