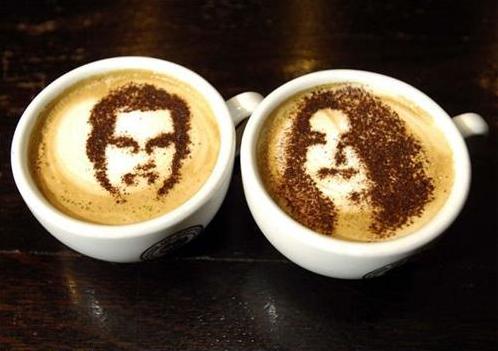 >>POP-UP-TASTIC Oh pop-up phenomenon…why are you so enticing? Is it because our hype-heavy culture is so ADHD that the newest and coolest bar, gallery, restaurant, or what have you is “out” even before it’s torn down and replaced by the next “it” concept? The once failing Corner restaurant on 18th and Mission is now bustling thanks to the eatery’s new format of hosting a different recession-plagued talent with a menu to die for every night of the week. So, too, are venues supporting a great idea, but not necessarily one with enough gas to keep it going long-term, like the coffee shop-record store-music venue-rehearsal space-anarcho bookbindery of our adolescent dreams. Enter the People’s Gallery, host to the Big Things pop-up shop this Sat/30, which will feature everything from a bookbinding workshop to sidewalk sale-type treasures, handmade goodies, photo exhibitions, and food. Get there early, for it might poof into the ether before you even get a chance to check out the buzz.

>>ANOTHER WEDDING OF THE CENTURY! As the media breaks out its best British accents, the complete mayhem engulfing the royal wedding reaches its fevered pitch tomorrow with the event itself. For the truly die-hard, there is but one place to take in the beauty of clan-building: the British consulate, where the official viewing party kicks off at 9 a.m. with remarks by UK Counsel General Julian Evans. Call Renee at (415) 407-7424 to RSVP.

>>BEATS AMBASSADOR When the publicity ploy involves bad-ass Ghanian American hip-hop, count us as happily-enlisted marketing allies. Blitz the Ambassador plays La Peña Cultural Center tonight, and is offering up a free stream of his new album Native Sun so that you can learn the words before you shake ass. The album is a powerful barrage of traditional percussion, guitar licks, and fly verses – worth banging in your headphones even if you can’t make Berkeley tonight.

>>TRUCKING COMPANY Do you dream of owning a food truck but aren’t quite sure how to fund it? Stop squirreling away your Tooth Fairy money and learn how to apply for a loan — and get approved — from a panel of finance experts, fellow foodies, and food truck owners. Tonight, our friends at Renaissance Entrepeneurship Center are sponsoring this workshop for only 10 bucks, but the free publicity that comes with Chicken John threatening to vomit all over your new local economy-boosting venture is absolutely priceless.

>>BACK TO THE BEACH The last eighteen months have brought a bunch of repeat-listen recordings from bands that invoke the oceanside, including Beach House, Dirty Beaches, and Beach Fossils, who return to San Francisco a week from today, taking the stage at Slim’s to play songs from their 2010 debut album and the more recent EP What a Pleasure.