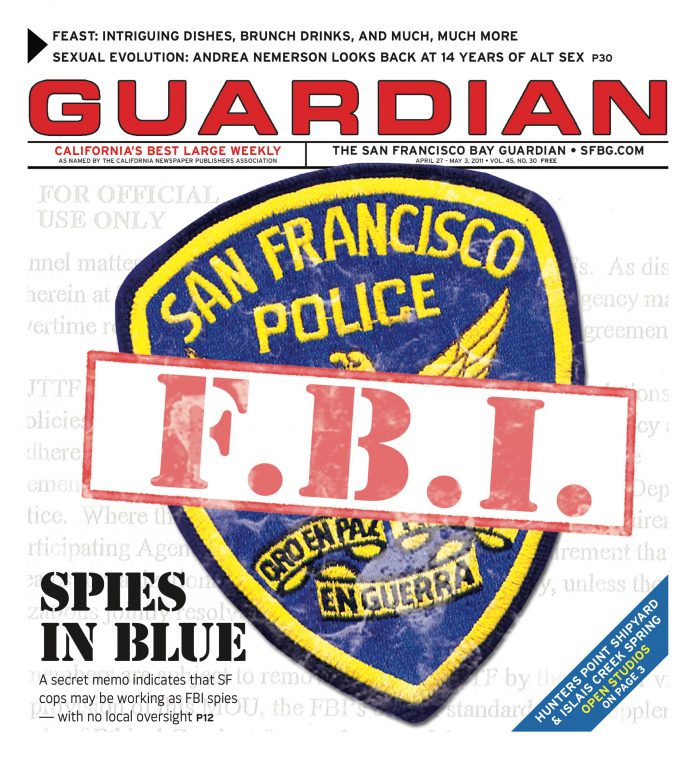 LIT According to the Bureau of Invented Statistics, 99.9 percent of all poetry disappears into the void. This rate remains steady throughout history, though at certain times and places the figure undergoes radical fluctuations, plummeting to as low as 99 percent. Such periods are eventually given names like the San Francisco Renaissance, or the Elizabethan Renaissance. I mention this because I think Bay Area poetry has quietly entered one of those periods. Currently on my desk are four local debuts — Palm to Pine by Sunnylyn Thibodeaux; A GUSTONBOOK by Patrick James Dunagan; El Golpe Chileño by Julien Poirier; and gowanus atropolis by now-New Yorker Julien Brolaski — each of which appeared in the past six months, and each of which is ass-kicking and assured. In the 15 years I’ve been a poet here, I can’t recall a similarly fertile time.

The situation’s gotten so out of hand, a book I edited, Stranger in Town by Cedar Sigo, was nominated for an NCIBA award, and I actually knew the work of all the other nominees. The list was so good it didn’t matter who won, so I was pleased to see former and newly-returned SF resident Matthew Zapruder snag the award for his third full-length collection, Come On All You Ghosts (Copper Canyon Press, 96 pages, $16).

I haven’t checked, but I imagine most reviews of this book are compelled to describe it as “haunted” since it has Ghosts in the title and deals in part with the death of the poet’s father. It’s not a Kaddish-like outpouring of grief, in other words, but it’s haunted by death in a more oblique, post-New York School fashion. “This book you are holding/ is about dying,” Zapruder writes, yet too, it is about love (a relationship, it appears, inspired his return to SF). Such topics are strongly emotional, and Zapruder grapples with them through a self-conscious distance: “let us live/ here in this apartment and make/ sounds of love,” he writes, rather than simply “make love.” Or, in a characteristic locution, where a sentence becomes a unit within itself: “It doesn’t spoil my time is what/ spoils my time.” You could call this “emotion recollected in tranquility” — Wordsworth even appears — only there’s little tranquility. It deals more with the long run; when someone close to you dies, they’re dead for the rest of your life, long after grief has passed, and Ghosts wrestles with this haunted aspect of the human condition throughout.

As a fellow poet, I’m not without prejudices. I feel ambition is the enemy, and most long poems are baggy, misguided affairs. While Zapruder hasn’t shaken this belief, he has provided a mighty exception in the title poem, which may in fact be the greatest piece in the book. As a long poem, it’s taut and disciplined, only 15 pages entirely in tercets. Indeed, my one criticism of the book is that Zapruder is preeminently a poet of the single verse column, but my favorite poems in Ghosts — “After Reading Tu Fu,” say, or the one prose poem, “April Snow” — are those that break with this form. “Ghosts” rips along without being hemmed in by the three-line form, using it instead for gymnastics:

I myself am suspicious

when I close my eyes

I hear a billion workers

hammering nails from which

all the things I see

get hung. But poems

I like this because Zapruder entirely flouts the formal constraint even as his lines retain status as individual units. The way the second stanza seems to well up to an image that disintegrates with the third stanza’s interestingly unseeable “all the things I see” and the midline off-rhyme of “skull” and “hung” reveal considerable technical chops concealed in the single verse form. They exert themselves there, but discreetly, shifting the sense of lines through intricate syntactic ruses like a modern-day Basil Bunting, whereas here they assert themselves more forcibly. The theme of the poem as a machine — that “anyone with a mind/ who cares can enter” — returns to close “Ghosts,” and this is not a bad way to think about poetry. As Zapruder’s book attests, the poetry that endures is built to last.