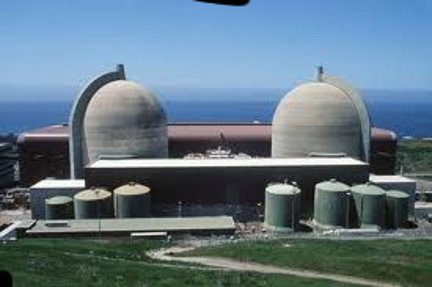 The ongoing battle to stop Pacific Gas and Electric Co. from renewing its license to operate the Diablo Canyon nuclear plant continued April 14th as part of a nationwide antinuclear campaign. In the wake of the disaster at Japan’s Fukushima nuclear facility, activists around the country are calling on the California Public Utilities Commission and the U.S. Nuclear Regulatory Commission to cease issuing license renewals.

A demonstration of about four dozen lively activists on the steps of the CPUC office across from City Hall followed a public hearing at which more than 30 speakers expressed concern about the presence of nukes in California.   “This is basically an introduction event,” Jason Ahmadi, an Oakland resident and member of the April Action Committee, the group that organized the protest, told the Guardian. “We came out today to make the statement to shut down nuclear facilities.”

“The PUC acts as an interface between the industry and residents,” Jan Lundberg, oil analyst and founder of the nonprofit Culture Change, said. “The system is out of control. We are trying to keep the truth about nuclear power out there.”   The truth, Lundberg, who spoke in front of the CPUC, includes the irresponsibility of plants creating radioactive waste that will be toxic for thousands of years — and the risk factors associated with generating nuclear power and maintaining nuclear facilities.

“I do not approve of nuclear power,” he said. “It’s my planet too. There is a vast overabundance of energy in California. We need to conserve. We need to share.”

Activists also presented arguments in favor of phasing out nuclear power in California at the Senate Energy Committee in Sacramento today.

On another anti-nuclear front, close to 45 organizations filed a petition challenging the way the NRC conducts business. NRC officials are required to respond to the petition, according to Jane Swanson, spokesperson for the San Luis Obispo-based Mothers For Peace spokesperson. The petition calls for the suspension of six existing reactor license renewal decisions, including Diablo Canyon as well as permit decisions for 21 proposed nuclear reactor projects in 15 states, according to a Physicians for Social Responsibility news release.

Swanson told us she thinks it’s possible that the NRC will suspend nuclear licenses. “I don’t think this many groups would be working so hard these last few days without a strong possibility of it happening,” Swanson said

“There is precedent. Lessons have been learned,” she said. The historical precedent Swanson mentioned was a review of all U.S. nuclear facilities after the Three Mile Island accident in 1979, a review that triggered the NRC to suspend all licensing decisions of nukes at that time.

Currently, Mothers for Peace is suing the NRC and PG&E to require seismic studies of earthquake faults around the plant that have only been recently discovered before PG&E’s license is renewed.   PG&E requested in a letter to the NRC on April 10 that the commission delay the final processing of the application to renew its license, which would keep DCPP operating until 2045, until 3-D seismic studies— studies the CPUC approved funding for in August of last year— were completed.   In response to the company’s attempt to assuage the public’s concern over Diablo Canyon’s long-term safety Swanson said, “PG&E is not really interested in working with anyone, they only care about profits.”

Mothers for Peace will hold a rally in opposition of license renewal on April 16, in Avila Beach adjacent to the DCPP in San Luis Obispo.