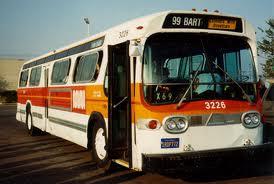 A popular and successful program that gave free group bus passes to summer programs for kids is up for renewal — but nobody knows if Muni officials will approve it.

The Summer Youth Group Pass allowed thousands of children in 50 different nonprofit summer programs access to free rides for field trips. Last year 850 passes were made available and each covered a groups of roughly 20 students.
But despite political support from educators and youth activity leaders, and a official letter from Sup David Campos and City Attorney Dennis Herrera, San Francisco Municipal Transporttion Agency Executive Director Nathaniel Ford remains mute on whether the program will continue.

Herrera and Campos issued the letter March 31 detailing the importance of the passes and urging action. Herrera said, “I’m hopeful [it will be renewed]. It was a tremendous success last year and I see no reason why it won’t continue this year.”
But SFMTA spokesperson Kristin Holland a decision has yet to be made. She said staff must look at the finances of renewing the program and that she has yet had audience with Ford to ask his response to the letter.

The politicians in support of the passes are taking their cues from educators and youth advocates on the ground. Education advocate Margaret Brodkin, for example, said she believes “we need to make summer a much more enriching time for young people, especially for low income people.”

One person she said is working toward that goal is Jeff Feinman, executive director of Mission Graduates. Feinman explained, group passes “allow kids to see different parts of the San Francisco they wouldn’t have opportunity to see otherwise. It’s a reward for the work they do.”

From an organizational perspective, group passes are important for two major reasons. Feinman said, “logistically, they make coming and going easy.” Instead of requiring a pass for each student, one pass can work for an entire group. He added that “the cost saving is huge for our programs that are cash strapped.”

When it comes to public transit, Campos said it is important to not only alleviate funding woes but to move forward with comprehensive support for low-income Muni riders. “[Group passes] is one piece of a larger puzzle,” he said. “We want to make Muni more accessible affordable to students in the public schools.”

He added, “We have been exploring the possibilities of making Muni free for all youth in San Francisco. That’s a long term plan.”