Home Is the California GOP done? 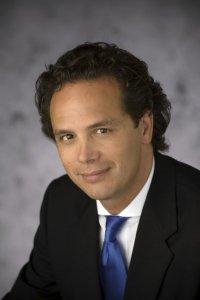 The folks at CalBuzz — veteran political reporters who know their shit — thing the CAGOP is teetering on the brink of irrelevance:

Like a herd of wooly mammoths at the end of the Pleistocne epoch, the California Republican Party is on the verge of extinction.

It may still recover. The CRP has come back from near death before. And redistricting, alongside the top-two primary system may yet revive it. But judging from the infighting, narrow thinking and rigid ideological positioning on display at the party’s organizing convention last weekend in Sacramento, the signs are not good.

But that assumes that the party wants to recover, wants to be part of governing the state and actually has a plan to do that. Right now, Republicans in Sacramento are standing up and denouncing some of Gov. Brown’s proposed cuts — while refusing to even allow a public vote on extending taxes.

Over at Calitics, David Atkins suggests another perspective:

In reality, the GOP at a national and state level exists to 1) deliver money from the poor and middle class to the rich; and 2) feed enough red meat to their prejudiced and unthinking base to garner just enough votes to continue achieving objective #1. That’s pretty much it.

Right now, the GOP doesn’t actually need to win any of the statewide elections in order to accomplish those goals. Winning them would be helpful, but is ultimately unnecessary. Knowing that the chances of anyone overturning Prop 13 and the 2/3 requirement on revenues are slim to none, all they need is at least 1/3 of the members of just one of the statehouse chambers. To ram through all cuts budgets and destroy faith in government, they need do nothing more.

There’s nothing that serves Republican interests at a state and national level more than to see California fiscally collapse. That means shock doctrine, a transfer of wealth from the middle class to the rich, an ability to end all state labor contracts in a way Governor Walker would only dream of, and ultimately the ability to crush the belief of the People in the power of their government to do good on their behalf.

I’m not sure everyone in the GOP thinks this way, but on a macro level, it certainly makes sense. That’s exactly what the Repubicans are doing in Congress — make it impossible for the Obama Administration to succeed, and you’ve done your job. It doesn’t hurt that Obama is allowing that to happen.

Brown continues to say that he doesn’t want to pull any legal chicanery, that he wants Republican support for his plan to but the tax extensions before the voters in June. But if this is the game they’re playing, he may have to reconsider.