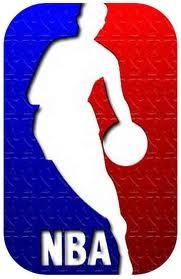 March is heaven for basketball junkies. The NCAA tournament goes full-tilt boogie and for fans of the pro game, playoff jockeying intensifies into overdrive. As a member of the latter camp whose team sits atop the NBA East, there is a river of joy flowing through the ventricles of my pumping heart.

But this year, the happy is tempered with the specter of dread. In July, the NBA’s collective bargaining agreement expires and it is a near certainty that there will be a lockout. Despite a projected revenue increase of anywhere from 3-5% in this allegedly recuperating economy of ours, the owners will padlock their doors shut, terminating contracts they signed in supposedly good faith, because they claim that they lost $370 million last season (the union disputes this). Who loses ultimately is the game itself–fan goodwill can only bend so far.

There’s plenty of blame to go around, but ultimately all of it rests with the owners who flout their own salary caps with ridiculous deals to borderline players like a Hedo Turkoglu or a Rashard Lewis, as well as the talent dilution in having teams in exotic locales that can’t support them (e.g. The Memphis Grizzzlies and the soon to be in Anaheim Sacramento Kings). But much of the issue of inflated salaries comes back to the same problem that is plaguing the entire economy–low taxation on the very wealthy has priced the NBA out of profitability.

Suppose the 91% tax in place during the 50’s was reinstated for people making over 10 million dollars a year (it used to be over a million to be in that bracket, let’s adjust for inflation). Why would a player demand a salary of 20 million a year (or Kobe Bryant’s 24M escalating to 32M due next year), when the net wouldn’t exceed 11M? Makes no economic sense. A GM can offer a ten year deal at 99M instead of 5 years/20M, same amount of money (not counting bonuses, endorsements and the like).

What low tax proponents never ever grasp is that lower taxes on the top 1% inevitably lead to these situations, the NBA is a micro in the macro of Wall Street, CEO compensations, estates. When massive amounts of money accumulate with the few (even hard earned, no one can deny the skill and work ethic of a LeBron or a Ray Allen), the ripple effect is that the system cannot sustain–the fans will not pay higher tickets and greater merchandise charges forever. The players and owners have effectively killed off the golden goose–let’s take the ax from their hands with reasonable taxes from now on in ours.

Johnny Angel Wendell  is a talk show host at KTLK AM1150 in Los Angeles, webcaster at sfbg.com and a 30 plus year veteran of the American music scene.