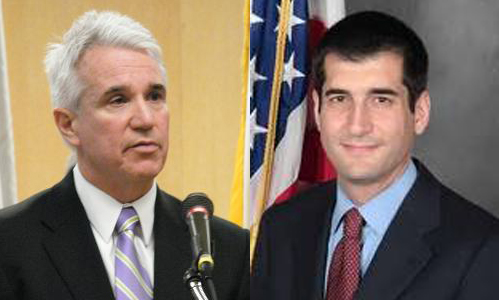 The decision by San Francisco prosecutors to drop a drug case that involved four of six plainclothes officers currently under investigation for illegally raiding residential hotel rooms and then lying about the busts in police reports, came one day after the Public Defender’s Office released videos that contradicted police reports in two separate cases. And it’s thrown another curve ball into the D.A.’s race, which veered into weird and uncharted territory the minute former Mayor Gavin Newsom appointed the city’s top cop George Gascón as SF’s next D.A.

But former Police Commissioner David Onek, who is running against Gascon in the D.A.’s race this fall, called for a completely independent investigation, citing the conflict of interest created by Gascón’s investigation of alleged officer misconduct that occurred during his tenure as San Francisco’s top cop,
“There is a clear conflict of interest when our current District Attorney investigates potential criminal activity that took place at the SFPD under his watch,” Onek said. “The foundation of a safe city is earning and keeping the public’s trust. And that requires calling in outside agencies when this trust will be undermined by a conflict of interest, such as the one presented by these facts.”

“Whatever decision Gascón now makes, he will highlight to the public his conflict of interest as the former police chief,” added Onek, who is the founding executive director of the Berkeley Center for Criminal Justice. “If he decides not to charge the officers, the public will question if he did so to protect his former officers or his former administration. If he decides to press charges, the officers themselves will ask if he is doing so because he is a candidate for office and feels the need to show a tough attitude towards his former department. In the interest of justice, former chief Gascón should recuse himself and his agency from investigating the SFPD  in cases that occurred when he was chief. If you are conducting a fair investigation, you not only review the conduct of individual officers, you also explore if this alleged conduct was the result of issues with training and supervision. No fair investigation of these facts can be conducted by the individual responsible at the time for that training and supervision.”