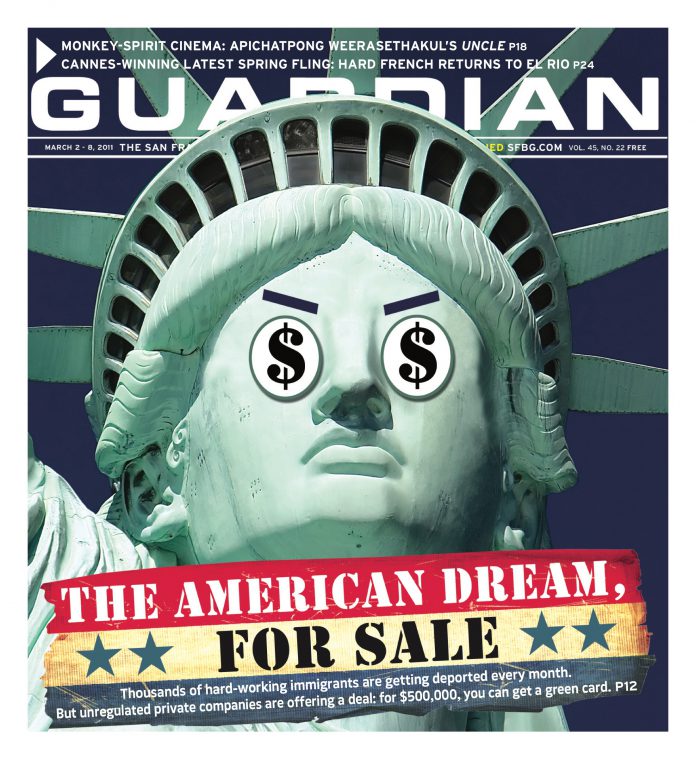 In a recent column I asked the, um, asker (how can I have had this column for over a decade and still not know what to call the people who ask me questions?) what exactly she thought people would assume about her if she came out with it and identified herself to new acquaintances as bi.

We all know that for a fair number of people the first thing that springs to mind when they hear “bi girl” is some version of “slut.” But there’s another whole anti-bi bias that’s rarely discussed: bisexuals are assumed by some Kinsey 6 types to be luxuriating in hetero privilege, and are scorned, if not actively shunned. While I grant you that a bi person out with a date of the socially sanctioned gender will be presumed straight and may be welcomed in a way she surely would not be had she chosen to spend that night with Eve instead of Steve, this is indicative of a far farther-reaching social ill we all need to be working on and not, you know, the fault of that harmless bi-chick heading for the hipster bar to drink PBR with some guy she met volunteering at the film festival. And boy, can there be a lot of judging going on about such things.

I urged my correspondent to come out and be proud — because how else will we ever achieve our fabled place at the table? — but bisexuality comes with a set of problems that are especially galling: nobody really knows what the hell it is.

There are the mostly straight folks who fooled around with same-sex friends back when everyone was doing a lot of X. There are people who have long, stable, serially semi-monogamous relationships with no gender preference whatsoever. There was a guy who sat in the Bi Guy chair on sexual preference panels at San Francisco Sex Information trainings who later admitted he hadn’t had his Bi Card stamped in so many years it ought to be revoked. And there was the other guy at SFSI panels who sat in the Straight Guy chair who explained that he once had a long, serious, romantic, and sexual relationship with a man but eventually realized that it wouldn’t work because he is, in fact, straight.

So, bisexuality. Often not what you think it is. Tell them you’re bi and who knows what they’re going to hear. So having told my original correspondent that, yeah, of course she should come out with it whenever appropriate, I think I will reconsider. Yes, she should (we all should) continue to stop and correct people who assume we’re heterosexual just because we look or do how/whatever it is they think only heterosexuals look or do.

But you have to be prepared to explain yourself. And honestly, there are times when you just aren’t gong to feel like it. You don’t have to feel like you’re letting down whatever side if just sometimes you’d just rather skip it.

Got a sex question? E-mail Andrea at andrea@mail.altsexcolumn.com