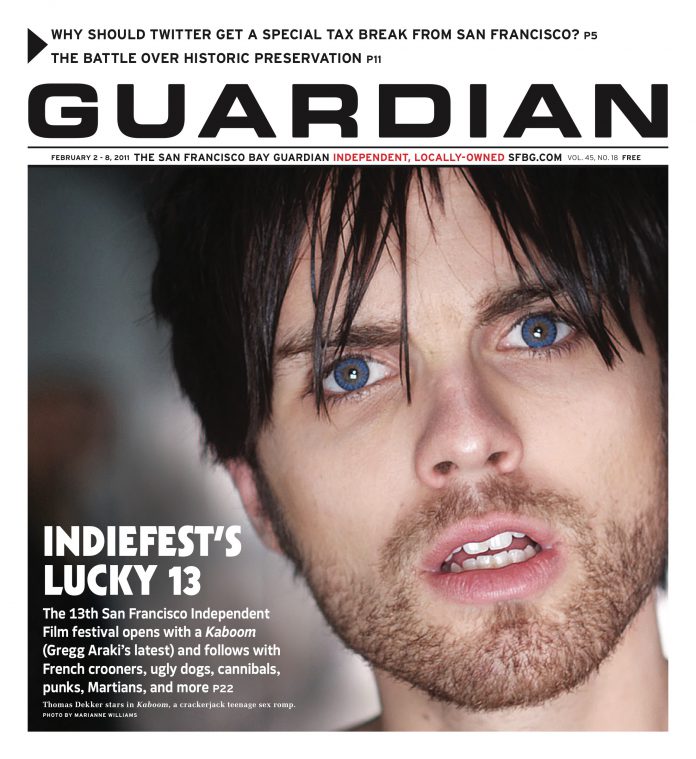 In the high and far off times, there were these smeary newsprint tabloid “lifestyle” papers that had a few columns in the front and then the rest was nothing but tiny, poorly-printed personals ads looking, for kinky sex, right now, very few questions asked. Most were illustrated with what might have been part of a cartoon of an elephant, shot head on, but were actually close-ups of the advertiser’s no longer private private parts.

No matter how ready and eager to go RIGHT NOW you might be feeling some particular evening, would you pick a sex partner based entirely upon a blurry photo of his junk? No? I mean, even while looking for, say, a penis, don’t you need more than a picture of a penis on which to base your decision?

Let’s say you’re not looking for a penis. I mean, you are, but you’re hoping it arrives attached to a person. So you place or answer an ad (online this time) and eagerly open the e-mail that arrives in response and — SURPRISE — out jumps … the weenus. You shriek and hit, appropriately, the “junk” button and remove the person from your list of possible persons of interest, and maybe are a little less keen to open the next one.

This may have been the right response — if what they’re looking for is the same reaction your old-fashioned dark-alley flasher is usually after: shock and fear. Most purveyors of nonconsensual exhibition are seeking a sense of power over their startled (almost invariably female)witnesses. It’s an act of (small, pathetic) aggression, penis mightier than the sword, that sort of thing. If it happens to you, remember to laugh.

But what of those who are not hoping to frighten, but to woo? On the odd chance that anyone’s reading this who actually has sent out an unsolicited dick-shot while trying to get girl to like him, I offer a friend’s description of how she reacts when she would like to be your friend and then you go do something stupid like send her a big unsolicited picture of your wang: “I was chatting with someone from OKCupid and he asked if I wanted a more recent picture and I said sure and bam! full-frontal nudity.

My feeling when this first happened was gross-out. Other feelings I’ve had other times: anger, jadedness, shame-on-me-they-got-me-again-ness, and finally, “Hey, well, maybe that turns them on to send nakey pics to a stranger, so I hope they got something out of it because I certainly didn’t. I don’t walk up to someone in a pub and introduce myself just so he can whip his cock out right there and then, and so that same thing turns me off when it happens online.”

This has been a public service announcement.

Got a sex question? Email Andrea at andrea@mail.altsexcolumn.com