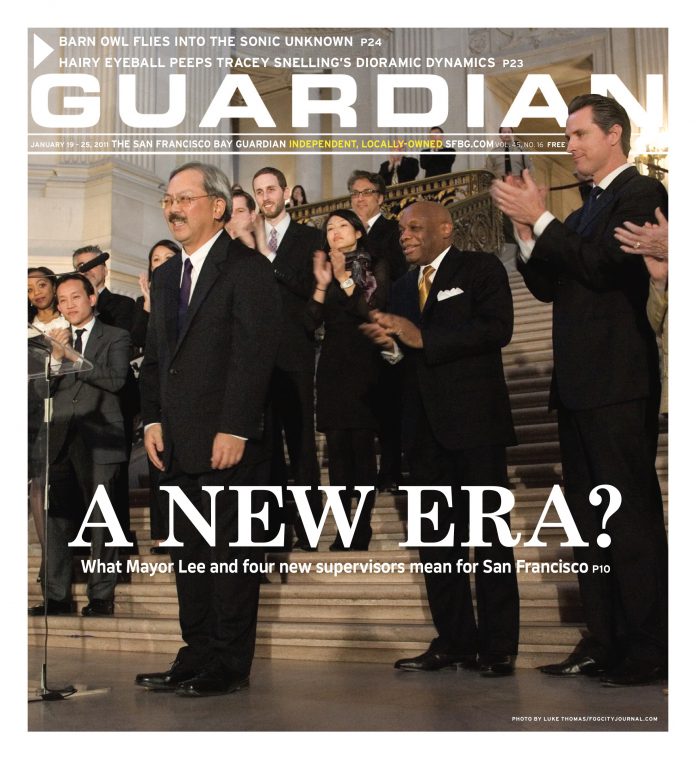 CHEAP EATS After his thing he went right up to her and whispered in her ear. Here’s what he said: “Are you doing anything tonight?” Here’s what else he said: “Do you want to come to my hotel room?”

“Can you believe it?”

“No,” I said. We were sitting at a picnic table in Dolores Park, in the sun in the cold, eating samwiches (his word for it, although … I would agree). The samwiches were from Bi-Rite Market, and therefore very good. “And did she come to your hotel room?” I said.

There were also chips involved, and apples — a regular midwinter picnic. I knew my friend was telling the truth, but still couldn’t believe it.

“So, that really happens?” I said.

I shook my head. My samwich was crunchy with carrots and cilantro, and therefore delightful. Vietnamese pork. I’m not proud of the fact, but it is, in fact, a fact: I never got laid on tour. Not on any kind of tour, ever. Not as a man, not as a woman, Sam-I-Am. Of course, I offered in my defense, the last couple tours were of senior centers and nursing homes, so …

Then I remembered that, during the first couple tours, I was in love with one of my bandmates, so …

Technically, I guess, I was not only getting laid after the show, like a rock star, I was also bagging the lead singer, and in this respect I was a groupie of my own band. Take that, Mr. Walks Right Up To Her.

We finished our samwiches and chips and apples just as the sun dropped behind some trees and that was the end of it, give or take Elton John. He wanted to know if I liked Elton John.

I thought this was a strange thing to want to know, after a samwich. Luckily, I knew the answer right away: “Yes.”

His was Captain Fantastic and the Brown Dirt Cowboy. Did I know it?

So of course he invites me to his house to burn me a copy. Who wouldn’t? Mind you: the invitation was not whispered in my ear, so what I took home from this whole samwichy experience was exactly that: Captain Fantastic and the Brown Dirt Cowboy.

Which I’m listening to as I write this.

Come to think of it, I was — until becoming beautiful and confident — almost always in love. Hey, maybe I’m bad at getting laid because I’m good at being in love. I don’t know. It’s a thought.

If it happens to also be true, I damn well better get over it, because, good-at-it or no, love ain’t happenin’.

This Saturday Ed’s Redeeming Qualities is playing a reunion show in Boston. I’m 15 to 20 years older, not to mention a whole different person than I was in that band. And I’m about as single as a piece of cheese. Tell you what I’m going to do, I’m going to step off the stage at the end of this show, and Walk Right Up To … someone.

I wonder who it’s going to be. I know what I’m going to say, I’m going to say, “You’re a butterfly, and butterflies are free to fly.” Like Sweet Freedom, like my friend, I will whisper these words. “Fly away.” Then we will see.

All kinds of alcohol