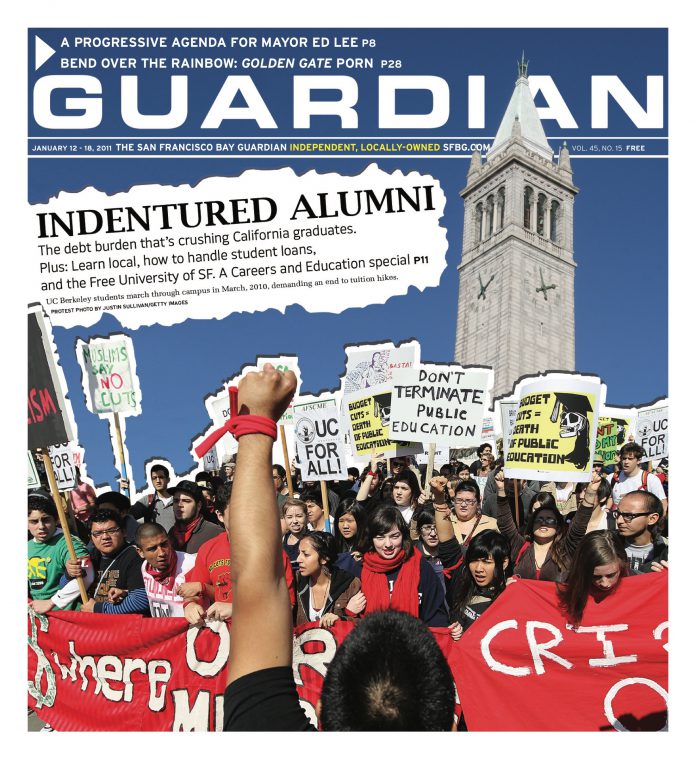 FILM In 1996 Ingrid Eggers cofounded Berlin and Beyond, that annual Castro Theatre showcase for all things celluloid (or digital) and German-language. Fourteen years later she retired from the San Francisco Goethe-Institut after two decades of service. B and B soldiers on without her, but Eggers now has her own weekend-long independent festival at that same art-deco movie palace.

Why a second S.F. German language film festival? “Because I think that German films are not really well-represented in the various film festivals in the Bay Area, especially not in the [San Francisco] International [Film Festival],” she says. “There was always a focus on French films, particularly under [ex-SFIFF chief] Peter Scarlet. We had French and Italian film weeks, but nothing German. The other thing is that with Berlin and Beyond having a [current] director who is, I guess, going into a more international direction with lots of coproductions, I think there are enough films that come from Germany that deserve an audience here.”

German Gems part zwei is hella heavy on debuts — six out of 10 features — which Eggers says “wasn’t intentional, but came about because lots of the bigger productions are very expensive [to book] these days. It’s not unusual to pay 1,000 euros for a single screening.” Plus, Germany is admirably generous when it comes to funding not just film production, but film schools and graduation feature projects.

One such gem showing this weekend, Philipp J. Pamer’s two-hour-plus Mountain Blood, is the sort of thing even veteran commercial talents might have a hard time getting bankrolled. It’s a 19th-century epic shot high in the Tyrolean Alps, involving romantic and military intrigue between sophisticated Bavarians and rough-edged Tyrols during a period of attempted French occupation. Eggers allows that kind of budgetary challenge would be “unheard of here for a first feature, but in Germany you can pull it off.”

Opening the festival is a movie by one far-from-new director. A quarter-century ago Percy Adlon (another Bavarian) ruled the arthouse circuit with Zuckerbaby (1985) and Bagdad Café (1987). There followed a gradual slide into obscurity suggesting Adlon wasn’t a maturing talent so much as a permanently immature one who got lucky a couple times early on.

Yet his Gems-launching historical fantasia Mahler on the Couch is wise, antic, over-the-top, and controlled. It portrays last-great-musical-Romantic Gustav Mahler (Johannes Silberschneider) as a neurotic egomaniac driven to the upholstery of Sigmund Freud (Karl Markovics) by worry over the professed infidelity of spouse Alma Mahler (Barbara Romaner).

This Freud is sometimes harshly insightful, to Gustav’s frequent distress. Yet this very trickily structured, farcically winking, incongruously picturesque film is less concerned with either of them than horny, tempestuous Alma — “the most beautiful girl in Vienna, from a good family, and very rich.” How disappointing, then, that she spends most of her adult life as wedded servant to a cultural behemoth. She, too, wanted to make music. But even had she turned out something well short of a genius in that regard, Adlon (cowriting and codirecting with son Felix) sympathizes with the fact that she was never allowed to discover that for herself.

Other German Gems highlights include Ina Weisse’s black comedy The Architect, in which a jaded, dysfunctional nuclear unit travels to an ancestral hamlet for a matriarch’s funeral and promptly falls apart in all kinds of unpredictable ways. Another bad dad is the subject of Lara Juliette Sanders’ documentary Celebration of Flight, about a 78-year-old ex-pilot and amateur airplane builder living on a Caribbean isle — though the film is too shy about probing the estranged family he’s basically exiled from. David Sieveking’s non-aerial nonfiction David Wants to Fly finds the incessantly onscreen director seeking an artistic father-mentor in David Lynch, though this patriarchal worship is soon torpedoed by the director’s skepticism toward his idol’s favorite cause, Transcendental Meditation.

Elsewhere, Thomas Stiller’s She Deserved It offers lurid teenage-bullying moral instruction à la Larry Clark, without the graphic sex. Andreas Pieper’s Disenchantments interweaves four stories about variously unhappy Berliners coping with “the dialectics of enlightenment.” (Now that is German.) For some welcome absurdism, there’s Björn Richie Lob’s Keep Surfing, which is Cali fragi-licious: its real-life subjects ride stationary river waves in the middle of Munich, which is like “water skiing in a wind tunnel.” Cowabunga, freunde!