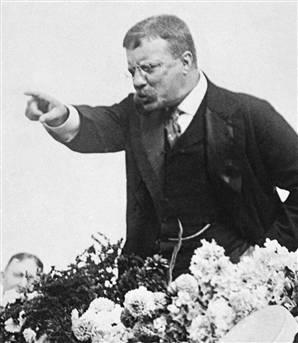 Willie Brown says that choosing a person of color for a leadership position should be a “progressive” value. David Chiu says Ed Lee is a progressive. Several supervisors, and other political observers, say the six-vote progressive majority on the board is gone.

And nobody really talks about what that word means.

Progressive is a term with an excellent political vintage, but it’s changed (as has the political context) since the 1920s. (Progressives these days aren’t into prohibition.) So I’m going to take a few minutes to try to sort this out.

I used to tell John Burton that a progressive was a liberal who didn’t like real estate developers, but that was in the 1980s, when the Democratic Party in town was funded by Walter Shorenstein and other developers, who were happy to be part of the party of Dianne Feinstein, happy to be liberals on some social issues (Shorenstein insisted that the Chamber of Commerce hire and promote more women) and happy to promote liberal candidates like John and his brother Phil for national office – as long as they didn’t mess with the gargantuan money machine that was highrise office development in San Francisco.
Arguing that Shorenstein’s economic agenda was driving up housing prices, destroying low-income neighborhoods and displacing tenants was a waste of time; the liberals like Burton (who also represented real estate developers as a private attorney) weren’t interested.

But these days it’s not all about real estate; it’s about the fact that the level of economic inequality in the United States has risen to levels unseen since the late 1920s, and the impacts are all around us. And it’s about (Democratic) politicians in San Francisco blaming Sacramento, and (Democratic) politicians in Sacramento blaming Washington, and the Democratic Party in the United States abandoning economic equality as a guiding principle.

So I sat down on a Saturday night when the kids went to be (yeah, this is my social life) and made a list of what I think represent the core values of a modern American progressive. It’s a short list, and I’m sure there’s stuff I’ve left off, but it seems like a place to start.

For all the people who are going to blast me in the comments, let me say very clearly: This isn’t a litmus-test list (we’ve endorsed plenty of people who don’t agree with everything on it). It’s not a purity test, it’s not a dogma, it’s not the rules of entry into any political party … it’s just a definition. My personal definition.

Because words don’t mean anything if they don’t mean anything, and progressive has become so much of a part of the San Francisco political dialogue that it’s starting to mean nothing.
For the record: When I use the word “progressive,” I’m talking about people who believe:

1. That civil rights and civil liberties need to be protected for everyone, even the most unpopular people in the world. We’re for same-sex marriage, of course, and for Sanctuary City and protections for immigrants who may not have documentation. We’re also in favor of basic rights for prisoners, we’re against the death penalty, and we think that even suspected terrorists should have the right to due process of law.

2. That essential public services – water, electricity, health care, broadband – should be controlled by the public and not by private corporations. That means public power and single-payer government run health insurance.

3. That the most central problem facing the city, the state and the nation today is the dramatic upward shift of wealth and income and the resulting economic inequality. We believe that government at every level – including local government, right here in San Francisco – should do everything possible to reduce that inequality; that means taxing high incomes, redistributing wealth and using that money for public services (education, for example) that tend to help people achieve a stable middle-class lifestyle. We believe that San Francisco is a rich city, with a lot of rich people, and that if the state and federal government won’t try to tax them to pay for local services, the city should.

4. That private money has no place in elections or public policy. We support a total ban on private campaign contributions, for both politicians and ballot measures, and support public financing for all elections.

5. That the right to private property needs to be tempered by the needs of society. That means you can’t just put up a highrise building anywhere you want in San Francisco, of course, but it also means that the rights of tenants to have stable places for themselves and their families to live is more important than the rights of landlords to maximize return on their property. That’s why we support strict environmental protections, even when they hurt private interests, and why be believe in rent control, including rent control on vacant property, and eviction protections and restrictions on condo conversions. We think community matters more than wealth and that poor people have a place in San Francisco too — and if the wealthier classes have to have less so that the city can have socio-economic diversity, that’s a small price to pay. We believe that public space belongs to the public, and shouldn’t be handed over to private interests; we believe that everyone, including homeless people, has the right to use public space.

6. That there are almost no circumstances where the government should do anything in secret.

7. That progressive elected officials should use their resources and political capital to help elect other progressives – and should recognize that sometimes the movement is more important that their own personal ambitions.

I could add a lot more, but I think those six factors are at the heart of what I mean when I talk about progressives. We support a lot of other things; I put the right of workers to unionize under Number 3, since unions (along with public schools and subsidized higher education) are one of the major forces behind a stable middle class and a more equal society. We think racism and homophobia are never acceptable, and we support affirmative action, but that goes under Number 1.

This is not a socialist manifesto; I never mentioned worker control of the means of production. Progressives don’t oppose private enterprise; they just think that some things essential for the good of society don’t belong in the private sector, and that the private sector should be regulated for the good of all of us. We trust and support small businesses much more than big corporations – and we think their interests are not the same.

I don’t know if Ed Lee fits my definition of a progressive. We won’t know until we see his budget plans, and learn whether he thinks the city should follow Gavin Newsom’s approach of avoiding tax increases and simply cutting services again. We won’t know until he decides what the tell the new police chief about enforcing the sit-lie law. We won’t know until we see whether he keeps Newsom’s staff in place or brings in some senior people with progressive values. We know that the people who pushed him to take the job aren’t progressives by any definition, but you never know. I agree that having an Asian mayor in San Francisco is a very big deal, an historic moment — and when Lee takes office, I will be waiting, and hoping, to be surprised.