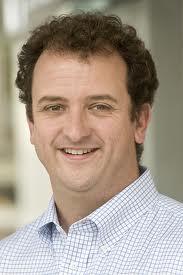 Ever since the Brugmann family moved into the West Portal area in 1964 (with the help of local realtor John Barbagelata), I have been annoyed with the fact that many of our West of Twin Peaks supervisors prance around in their neighborhoods as “neighborhood supervisors,” then go to City Hall and vote to protect PG&E and vote the downtown/bigdeveloper/real estate line without blushing.

Barbagelata and  Quentin Kopp were notable exceptions. Barbagelata, when he was elected supervisor, even refused to go downtown to the election night parties and staged his own party in his West Portal real estate office and made the statement that there was a big difference between neighborhood and downtown issues.

Sean Elsbernd, my current supervisor, is good on some issues, shows some independence on occasion, and comes to the phone and answers emails and comes to the Guardian for interviews. In fact, I was emailing back and forth with him on Tuesday afternoon over my annual holiday card (and my note to “fear the beard in 2011″) shortly before the historic board meeting on the interim mayor. I asked him why he wasn’t more visible in West Portal and that I didn’t see him in the Manor coffee shop (he replied he was a Village Inn type of guy) and that I didn’t see him at Que Syrah, our local Best Of wine tasting gem. (He said he and his wife had gone to Que Syrah over the holidays but they were closed.) I explained that proprietors Stephanie and Keith McCardell had taken a week off.)

Anyway, a few hours later, Sean “mysteriously” nominated Ed Lee, the CAO traveling in Hong Kong, to take on the key city post of interim mayor. How in the world did this happen?

Was Sean once again demonstrating he was a neighborhood guy out in West Portal, but at City Hall the mayor’s go-to -guy in the smelly deal to preserve the mayor’s office and take control of the Board of Supervisors for PG@E and the mayor’s downtown allies?

So I sent him an email with my questions as his constituent. And I invited him to come as guests of my wife Jean and I for the Thursday night special at Que Syrah (230 West Portal Ave), with flights of small production wines and tapas by Val, styled in wondrous Barcelona fashion. I gave him a deadline (noon today) to answer my questions and I invited him to comment on my Bruce blog or send me a letter or email that I would be happy to publish on my blog. Stay alert for news on what my West Portal supervisor is really up to at City Hall.

You baffle me once again.

I am curious, as a constituent,  why you nominated Ed Lee for interim mayor when he was (a) out of town in Hong Kong, (b) not publicly “out there” or “in public discussion” as a candidate or even known by the supervisors to be a legitimate candidate, (c) has not publicly stated his views on any of the major tough issues coming before the mayor, (d) was not available for questioning by the board when the discussion and vote came down, (e) is not as qualified for t his tough post in these tough times as the other public candidates, and (f) was obviously part of a backroom deal orchestrated by Mayor Newsom and his downtown allies?

I wait patiently  for  your reply.  And I hope you drop by Que Syrah Thursday night,  for tapas and wine flights, so you can explain personally  to the West Portal throngs what you are really  up to at City Hall these days. Jean and I will be there to host you.