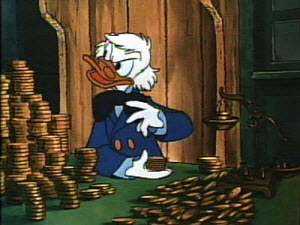 Adding $800 billion to the federal deficit and exacerbating the inequitable, unprecedented, and unsustainable concentration of wealth in the richest 1 percent of Americans, Congress overwhelmingly approved a package of reckless tax cuts that President Barack Obama asked for and is expected to sign today.

The only saving grace in this dismal debacle is the fact that almost the entire Bay Area congressional delegation voted against the deal (while Speaker Nancy Pelosi didn’t vote at all), once again showing that if there’s even a glimmer of hope for saving the country from further descending into myopic and cowardly self-indulgence, it’s going to have to come from us.

Sure, I’ll happily spend the crumbs that they’ve dropped on me in the form of a payroll tax cut, and extending unemployment payments for the lingering victims of this stubborn recession isn’t a bad thing. But the vast majority of the benefits of this bill went to the wealthy, people who don’t need to be stealing from future generations.

Let’s be clear, as Sen. Bernie Sanders (I-Vermont) was during his nine-hour, one-man filibuster of the bill last week: this is about the greedy rich, who have purchased our political system, taking what they want and showing an indefensible disregard for the interests of this country and the vast majority of its citizens. And they have found a partner in President Obama, who was elected to office largely by criticizing Bush’s tax cuts for the wealthy that he’s now extending and the wasteful wars that he’s escalating.