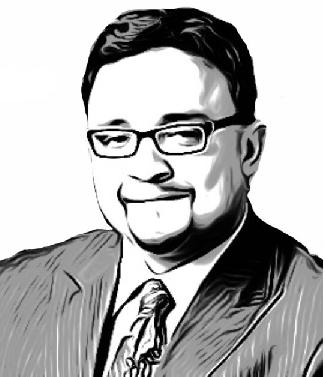 Editor’s note: A group of progressive activists is organizing to urge the Board of Supervisors to elect Sup. David Campos as interim mayor. They’re circulating the letter below. A list of signatories is at the end:

We start by asking: What qualities does San Francisco need in its new mayor? What does the city need, as a whole, in this time of many challenges?

Our city faces persistently high unemployment and a looming two-year deficit of roughly $700 million. On both counts, it’s painfully clear that the poor, the working- and middle-class, immigrants and people of color suffer disproportionately.
Navigating this uphill stream will require a mayor who can unite – a mayor who will listen, build bridges, and act with care, compassion, fairness, and effectiveness. We need a mayor who can take tough stands while respecting and balancing contending views and interests.

San Francisco needs a mayor who will promote long-term solutions to help lift up all our residents and communities, not just some. While there are a number of talented and experienced candidates in the mix, Supervisor David Campos stands out as the clear best choice for a host of reasons.

A gay Latino immigrant who has overcome barriers his whole life, Supervisor Campos has shown remarkable courage and effectiveness in representing District 9 – uniting coalitions and passing legislation that has improved the lives of everyday San Franciscans.

Supervisor Campos has led successful coalition efforts to protect and restore funding for city parks, vital services for elderly San Franciscans, and transparency in Muni and city budgeting.  He has helped save our schools from teacher layoffs, combat harassment and violence against LGBT folks in shelters, and promote community policing and data-driven public safety programs.

Matt Gonzalez, former president of the board of supervisors, recently endorsed David Campos for mayor, writing: “Without disparaging the others, let me say that David Campos has emerged as the conscience of the Board of Supervisors these past two years. He cares deeply for those on the margins and takes very seriously his charge on behalf of the citizens of San Francisco. I’m certain he would make a fine mayor who could work effectively with the Board and promote the best of San Franciscan values.”

David Campos exhibits all the qualities San Francisco needs in its mayor at this critical moment: he has been a unifying voice on the board and in the wider city community, consistently displaying clear-minded, thoughtful, respectful and disciplined leadership.

Please join us in supporting David Campos for mayor. Whatever your political stripe may be, we are convinced you will find what we have found: David Campos brings an unmatched blend of courageous leadership, fairness, compassion, and effectiveness that San Francisco needs now.  Please join us Tuesday at 2:30 PM on the steps of City Hall to prepare for 3 PM supervisor hearings to select our next mayor – David Campos!