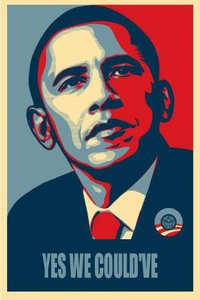 With San Francisco’s own Rep. Nancy Pelosi leading the way, House Democrats have voted to oppose the tax cut deal that President Barack Obama cut with the Republicans – a deal most Americans oppose because of its expensive extension of tax cuts for the wealthy – demonstrating that progressives and even mainstream liberals are increasingly willing to push back against a president that has take their support for granted.

During his press conference this week, Obama adopted a belittling attitude toward his progressive critics who have pointed that Obama ran for office overtly opposing President George W. Bush’s policy of slashing taxes on the super-rich, which ballooned the federal deficit. And now, in interests of “getting things done,” Obama is standing with Republicans to promote that very policy.

Obama even boasted “the polls are on our side on this,” a statement polls taken since then have shown is simply untrue, as he ridiculed his progressive critics as willing to let unemployment payments expire and middle class tax cuts expire, as Republicans have threatened if Democratic are unwilling to extend tax cuts for the wealthy.

Speaking on PBS’s NewsHour the other night, Nobel Prize winning economist Paul Krugman said he was appalled that Obama would echo this right-wing way of looking at the world, saying, “The president going after his progressive critics is enormously self-indulgent.”

Indeed it was, and those progressive critics now seem to have the upper hand, leaving Obama in the position of either working with Republicans to “ram this down the throats of the American people” (to borrow the GOP description of his health care reform measure) or to finally start working cooperatively with progressives to oppose the Republicans’ transparently hypocritical and unsustainable fiscal policy.

This is a big test for the Democratic Party and it’ll be interesting to see how it plays out in the coming days.