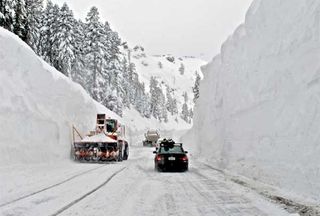 There’s an unmistakable whiff of class warfare in the air this holiday season, most obviously on the national level where President Barack Obama and congressional Republicans are helping the ultra-rich steal hundreds of billions of dollars from future generations and the country’s current needs. But we’re also seeing it right here in San Francisco, subtly playing out around who will be our next mayor.

During yesterday’s scheduled discussion at the Board of Supervisors on choosing a new mayor, members of the public – from African-American mothers of slain youth to representatives of immigrant communities to those representing labor and progressive groups – urged the board to choose a mayor who would finally represent all of San Francisco, not just the wealthy and the business community.

Then the progressive supervisors who represent the city’s working class districts talked about getting the process underway and voiced some of the things they’d like to see in a new mayor, such as compassion and a willingness to work with the board and community groups. It seemed like a good faith effort at having an open public discussion about the city’s needs.

But on the other side of the aisle, the supervisors who represent the city’s wealthiest neighborhoods voted to delay the discussion without offering a reason why. Sup. Chris Daly made good points about how incoming mayors usually have time to prepare for assuming this powerful office at a time of pressing city needs and tricky political dynamics, arguing for making this decision sooner than later.

And from the Establishment representatives: nothing. Not a word. Instead, we have Mayor Gavin Newsom threatening to delay his swearing in as lieutenant governor to thwart the current board from picking a successor, and being overtly urged to do so in a San Francisco Chronicle editorial and in disingenous, sanctimonious ruses from SF Chamber of Commerce officials.

Why? Well, here’s the closest thing the editorial offered to a reason: “It makes all the sense in the world to have the supervisors who will be working with the interim mayor make the selection. They are the ones who will have to find common ground and develop a working relationship with Newsom’s successor.”

But does it really make any sense to have an inexperienced group of new supervisors (as our current cover stories shows, none of the four new supervisors have held municipal office and two are new to politics) pick a mayor on their first day on the job, and then have that person immediately take on the complicated job of running the city with no staff in place? And to do that by flouting the the California Constitution and the City Charter?

That sounds like a recipe for disaster – and an opportunity for downtown power brokers to make mischief and ensure their interests aren’t threatened as part of whatever backroom deal gets cut to choose a new mayor, district attorney, and board president. Why else would they so vehemently oppose a deliberative public process that would lead to a decision by those who know the workings of City Hall better than anyone?

As we saw in the last election, wealthy San Franciscans are scared to death of progressive malcontents like Chris Daly, and they’re doing whatever they can to prevent him from being involved in this decision. They see, probably correctly, that the current political dynamics of the city could lead to perhaps the most progressive mayor since George Moscone, or maybe ever, and they’ll do whatever they can to prevent that from happening.

The rich of this city and this country have overplayed their hands, crippled the public sector, and, as Sen. Bernie Sanders so eloquently said recently on the floor of the US Senate, shown a selfish disregard for the needs and interests of the vast majority of citizens. The only question now is this: are we ready to finally stand up, fight back, and really give them something to fear? Or are we going to take our cues from Obama and treat anti-government conservatives as good faith actors when they have shown only contempt for our most cherished democratic processes and values?

I suppose next week, when this board reconvenes to try to choose a successor mayor, we’ll find out.