Home Inside the UC protests 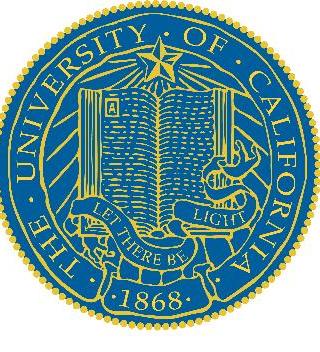 Hundreds of students showed up at the Mission Bay campus Nov. 17 to protest the eight percent tuition hike that UC Regents are expected to approve on Thursday, Nov.18.

The protests turned violent after police tried to prevent students – and members of the public – from attending a public meeting on the finances of a public university.

The latest hike would amount to a cumulative tuition increase of 40 percent this year alone, bringing the cost of what was once a free public education, and as recently as 1995 was just $1,300 a year, to more than $10,000 — pushing a lot of students out.

Nathan Brostom, vice president of UC business operations, told the Regents that although the university’s balance sheet looks good, its liabilities are growing. Future increases are a possibility, he said, in light of a state budget that leaves less and less for public education.

Of course, UC is also lot of money on campus expansion.

The students made it clear where they stand on this issue: they refuse to believe that tuition hikes are the only way. And there’s a strong case to be made that the university has other options; Bob Meister, a professor of political and social thought at UC Santa Cruz and president of the Council of UC Faculty Organizations, released a detailed letter to the Regents explaining several options for avoiding the increase. He spoke to the board during the public comment part of the meeting.

You can read his letter here (PDF)

At a press conference during the event, UCSF Police Chief Pamela Roskowski noted: “I want to acknowledge that tensions are high.” That was an understatement.

The first major police backlash happened when protestors attempted to rush a police barricade, which stood between them and the regents inside the community center. Police lined the barricade’s inner wall and pushed back as the wave of sign-holding students swelled against it.

Roskowski referred to the “angry, unruly, aggressive” protestors and said that they picked up a part of the barricade and used it as a weapon, injuring at least one officer. She also said that protestors tried to pull an officer over the railing and onto their own side. This was when police retaliated with pepper spray — and, by the looks of what was caught on camera, loads of the stuff.

Roskowski defended the use of pepper spray, saying it is the least lethal weapon that officers carry, and that police used it here “in lieu of a baton.” The video shows police spraying protesters with what looks like a hose.

In a separate confrontation, a large group of protestors apparently attempted to enter the community center from a walkway in the adjacent parking garage. Video shows protestors pushing against a wall of police officers, who stood as a human barricade.

In another video, one of the officers breaks away and enters the crowd. He then struggles with protesters momentarily before he regains his footing and stands in the crowd’s center — with his gun drawn and pointed at the crowd.

Roskowski said the officer attempted to fend off the protestors, but that they took his baton from him and struck his head with it, and he pulled out his gun in self-defense.

We’ve looked at the video a number of times, though, and while the scene is chaotic and it’s not always possible to see the officer every moment, and he does lose possession of his baton at one point, there’s no clear visible evidence of any protester taking it from him. And there’s no evidence at all of anyone hitting the helmeted officer with the baton.

In fact, it’s hard to figure out why he charged into the crowd in the first place.

The student who allegedly attacked the officer with his own baton has been charged with assault with a deadly weapon. The remainder have been charged with obstructing an officer from the discharge of his/her duties, which is a misdemeanor.

The police force present at the Regents meeting consisted of 60 UC officers and 35 borrowed from the University of San Francisco.