Home It's a beautiful day 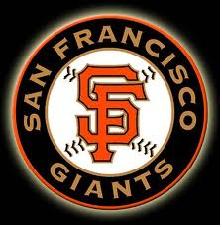 It was mayhem out at 30th and Mission last night, people pouring into the streets, shouting and shooting off fireworks and cars cruising along, slowly throught the crowd, big “Gigantes” banners hanging out the doors and windows. A beautiful night in San Francisco, people coming together to celebrate, G.W. Bush and Nolan Ryan looking dejected and rejected, that rare sense of victory in the air … and it’s a beautiful morning, good weather across most of the state, turnout heavy in my precinct, anyway, and that’s very bad news for Meg Whitman, whose only real hope is that Democrats don’t show up at the polls.

So maybe we’ll have more to celebrate tonight.

It’s hard to predict the outcome of the state and local elections based on the latest polls, since at least a third of the voters have already cast their ballots. If Whitman and Brown were tied a month ago, when absentee voting started, and Brown is up 5-10 points today, which poll reflects how the voting actually went over the past four weeks? If Prop. 19 was ahead three weeks ago and is behind now, did supporters lready vote for it?

But I think I can safely predict that one the statewide level, big money isn’t going to take the day: Whitman’s going to lose, Carly Fiorina’s going to lose and Prop.23 is going to lose. If the left turns out to vote. Polls are open until 8.